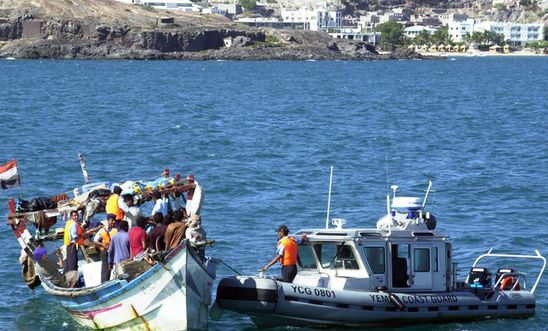 Of 152 migrants on board the vessel, at least 30 Somalis and Ethiopians have reportedly drowned

Responding to reports that at least 30 Somali and Ethiopian migrants have drowned after leaving the coast of south-west Yemen to flee back to Africa, Lynn Maalouf, Amnesty International’s Middle East Director of Research, said:

“This heartbreaking tragedy underscores, yet again, just how devastating Yemen’s conflict continues to be for civilians.

“Amid ongoing hostilities and crushing restrictions imposed by the Saudi Arabia-led coalition, many people who came to Yemen to flee conflict and repression elsewhere are now being forced yet again to flee in search of safety. Some are dying in the process.

“Civilian lives have been devastated by indiscriminate bombing and shelling, arbitrary detentions, enforced disappearances and a spiralling humanitarian crisis that has left more than 22 million people reliant on aid to survive.

“The international community must halt arms transfers that could be used in the conflict, cooperate to ensure accountability for war crimes and other serious violations, and pressure the Saudi Arabia-led coalition to fully lift the restrictions on aid and commercial imports of essential goods which are exacerbating one of the world’s worst humanitarian crises.”

152 people on the vessel left Aden on Tuesday

According to the UN Refugee Agency (UNHCR) in Yemen, at least 152 Somali and Ethiopian refugees and migrants left the Yemeni port of Aden on an overcrowded boat with people smugglers on Tuesday (23 January). The boat never arrived at its destination in Djibouti, capsizing at sea with reports of guns being fired on board. UN agencies and the Yemeni coast guard are currently working to establish more information about the incident.

In a report published earlier this month, UNHCR stated that there are over two million internally-displaced persons in Yemen, while 1,457 families have been forced to flee since December due to the latest escalation in unrest in western Yemen.

There are currently more than 280,000 refugees and asylum-seekers from other countries in Yemen.