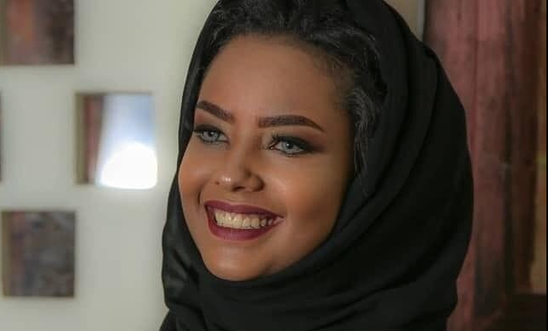 Intisar al-Hammadi is a carer for her sick mother, elderly father and 12-year-old brother who has mental disabilities © Private

Intisar al-Hammadi subjected to interrogation while blindfolded, physically abused and charged with drugs and prostitute offences

Yemen’s Huthi authorities must halt plans to carry out a forced “virginity test” on a Yemeni actress and model who has been arbitrarily detained for nearly three months on spurious grounds, said Amnesty International, which is calling for her immediate release.

Forced “virginity tests” are a form of sexual violence and amount to torture under international law.

Intisar al-Hammadi was arrested by plainclothes security forces at a checkpoint in Sana’a on 20 February. While detained, she was interrogated while blindfolded, physically and verbally abused, subjected to racist insults and forced to “confess” to several offences - including drug possession and prostitution.

Al-Hammadi has regularly appeared in photographs online - including in social media posts - without a headscarf, defying strict societal norms in Yemen.

On 5 May, Al-Hammadi’s lawyer was informed by a member of the prosecution team of plans to subject his client to a “virginity test” within days, once a warrant is issued to the forensic doctor.

“She is being punished by the authorities for challenging the social norms of Yemen’s deeply patriarchal society which entrench discrimination against women.

“The Huthi authorities have a deplorable track record of arbitrarily detaining people on baseless charges - to silence or punish critics, activists, journalists and members of religious minorities - as well as subjecting them to torture and other forms of ill-treatment.

“The Huthi authorities must bring Intisar al-Hammadi’s distressing ordeal to an end by ordering her immediate release. Pending this, they must ensure she is granted regular access to her family and lawyer, and that she is protected from torture and other ill-treatment.”

Intisar al-Hammadi was arrested after security forces stopped the car she was travelling in at a checkpoint in Chamlan, Sana’a. The security forces allege they found cannabis in the possession of one of the other passengers.

After her arrest, al-Hammadi was transferred to Chamlan police station and then taken to the Criminal Investigation Directorate in Sana’a Governorate where she was detained for ten days. During that time, she was held incommunicado and subjected to repeated interrogations while blindfolded. She told both the prosecutor and her lawyer that she had been compelled to sign a pre-written statement with her fingerprint while blindfolded - her supposed “confession” to involvement in drug-related offences.

Her lawyer also said that during her detention security forces woke her up in the middle of the night and drove her to a number of houses, asking if she used to work as a “prostitute” at these locations.

After ten days, Huthi security forces transferred her to the women’s section of the central prison in Sana’a, where the prison authorities prevented her from contacting her family or a lawyer. While there, she was verbally abused and subjected to sexist and racist remarks by prison guards, including being called “a maid” and “a whore”.

On 21 April, she was brought before public prosecution authorities for questioning in the presence of her lawyer on various charges, including “drug use, drug promotion, and prostitution” - all of which she strongly denies. At the end of the interrogation her lawyer witnessed her being slapped by the prison manager.

On 27 April, al-Hammadi’s lawyer was approached by a gunman who threatened him and told him to drop the case. The public prosecution has also prevented her lawyer from accessing her casefile despite repeated requests.

According to the lawyer, the 20-year-old actress and model, who has a Yemeni father and an Ethiopian mother, usually looks after her sick mother, elderly father and 12-year-old brother who has mental disabilities.