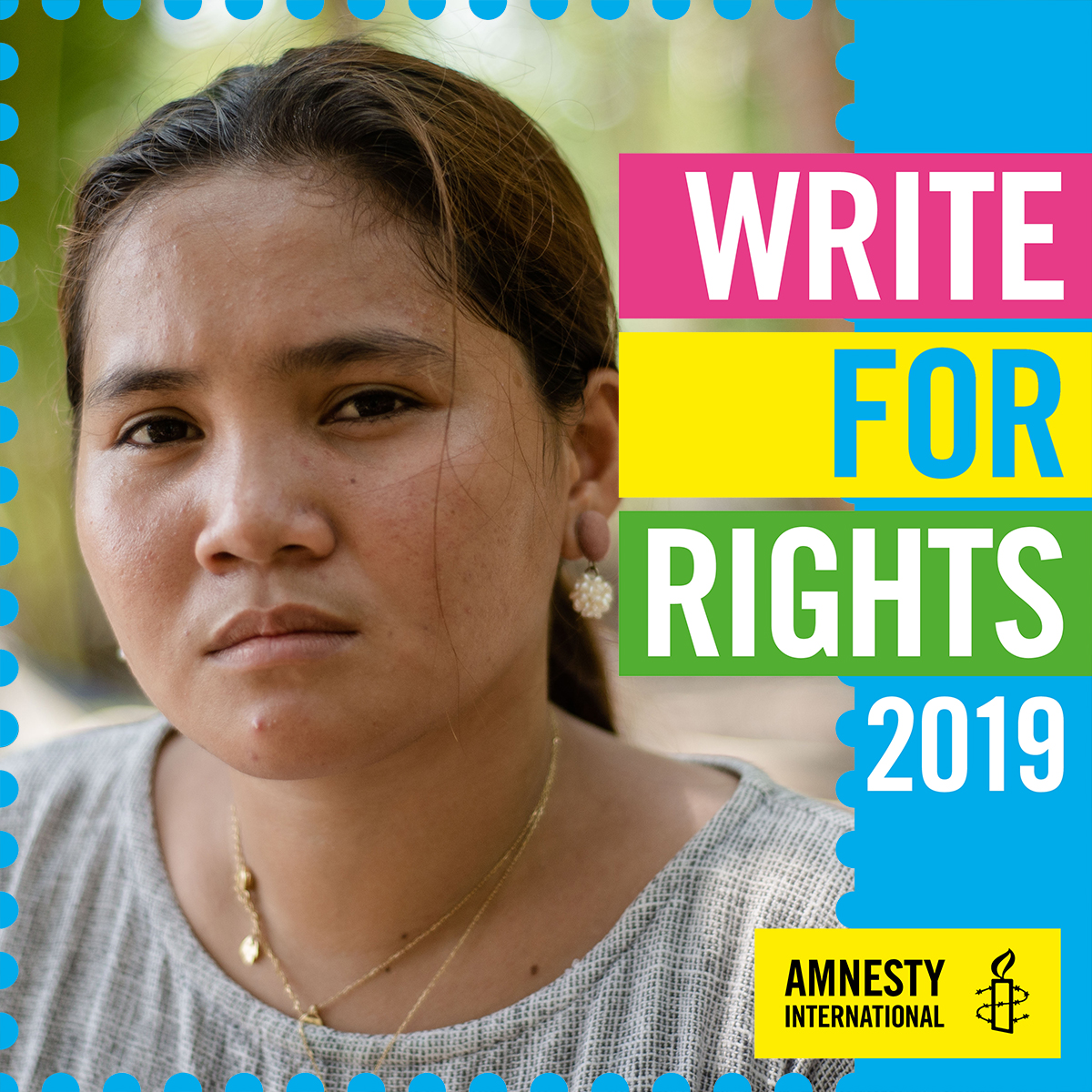 Millions of letters will help end abuses against 12 young people

Young people are leading change around the world - from confronting climate change to calling for women’s rights - and must be protected from human rights abuses, Amnesty International said today, as it launched its global Write for Rights campaign.

The campaign - which will support 12 young people who are making a stand against injustice or facing harassment, torture or execution - launches ahead of the 30th anniversary of the UN Convention of the Rights of the Child (20 November).

Amnesty’s Write for Rights - the world’s biggest letter-writing campaign that runs every year during November and December - will see millions of messages sent to authorities around the world urging them to protect 12 young people or groups facing abuses, including:

“This year, young people have come out in their thousands to strike, protest and hold authorities to account. Their passion and determination to make the world a safer and fairer place is inspirational.

“But unfortunately, many young people around the world are facing intimidation, jail sentences and even torture for standing up for what they believe in.

“That’s why this year’s Write for Rights campaign is supporting young people who are facing abuses or leading change in their communities.

“We know that the simple act of writing a letter can have a huge impact on people’s lives. Messages of support can be a lifeline to people behind bars or for those facing intimidation. And when letters pile up at the doors of the authorities, they have no choice but to take note.

“Every year, millions of letters help change lives for the better.  We encourage everyone to pick up a pen and paper, send an email or tweet, and help to make a difference to the lives of these brave young individuals.”

Last year, nearly six million messages were sent from people around the world as part of Write for Rights 2018. More than 182,000 people in the UK joined the global action and took part. The letters supported women human rights defenders, including: the murdered Rio human rights councillor Marielle Franco; Gulzar Duishenova, who campaigns for the rights of people with disabilities in Kyrgyzstan; and Atena Daemi, who was jailed in Iran for criticising the death penalty.

For a full list of the cases and details on how to take action, visit: https://www.amnesty.org.uk/w4r