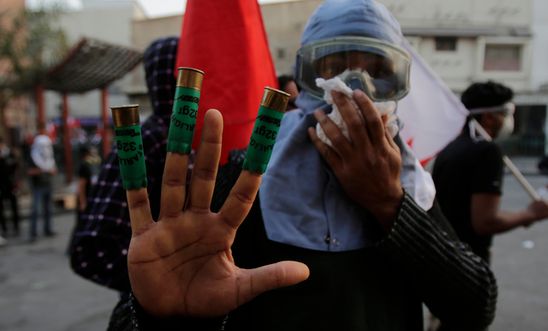 After reports that US Secretary of State Rex Tillerson is set to lift human rights conditions on the multi-billion-dollar sale of F-16 fighter jets to Bahrain despite Bahrain’s record of oppression against dissidents and participation in a Saudi Arabia-led coalition that has killed and injured thousands of civilians in Yemen, Sunjeev Bery, an Advocacy Director at Amnesty International USA, said:

“While getting weapons from the USA, Bahrain’s government is silencing critics at home and participating in a military coalition that is bombing civilians in Yemen.

“This deal sends a dangerous signal to Bahrain and all other countries that engage in serious human rights violations.

“It is particularly galling to arm these governments while simultaneously barring those fleeing violence entrance to the USA.

“These deals place the USA at risk of being complicit in war crimes, and discourage other countries, like Saudi Arabia, from addressing their own human rights records.”