USA: Minneapolis police officer 'must be held accountable for use of deadly force' 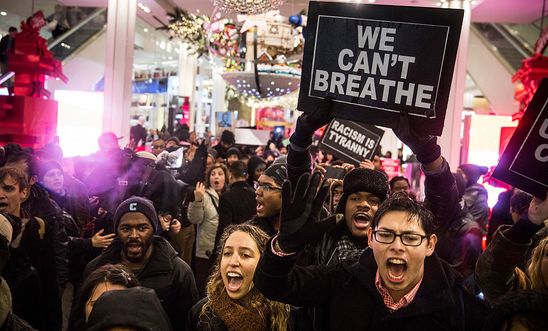 Responding to a video on social media showing a Minneapolis police officer using his knee to pin down a man named George Floyd by his neck until he was unable to breathe, Kristina Roth, Amnesty International USA’s Criminal Justice Senior Programme Officer, said:

“No person should ever wake up wondering if that day will be the day that a police officer ends their life, yet people of colour, particularly black people, across the country live with that painful and traumatic reality.

“The actions of this Minneapolis police officer have terrorised people who have already lost so much.

“We are incensed that nearly six years after Eric Garner uttered ‘I can’t breathe’ as he was killed by the New York Police Department, police officers still don’t seem to have learned to listen to a person’s call for help.

“This man’s life mattered. And so did the lives of Eric Garner, Michael Brown, Akai Gurley, Tamir Rice, Breonna Taylor and too many more.

“Police are supposed to protect life, and that principle has been ignored by police officers who have denied black people their humanity. The police must be held accountable for this use of deadly force."

The Federal Bureau of Investigation has called for a prompt, thorough, and transparent investigation, and for the family of the victim be kept up to date as the investigation ensues.

Amnesty is urging the US Congress to pass the PEACE Act to limit the use of deadly force, which should only ever be used as a last resort.