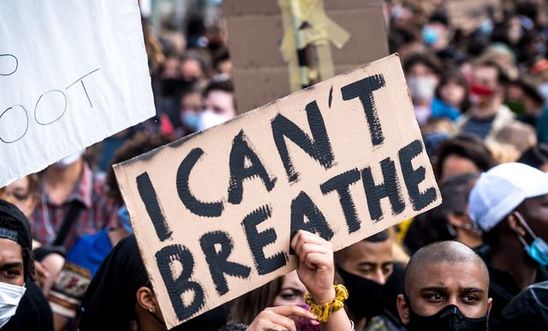 ‘Surveillance only exacerbates the potential for abuses’ - Michael Kleinman

With global Black Lives Matter protests continuing to sweep across the world in the wake of the police killing of George Floyd in Minneapolis last month, Amnesty International is calling for a ban on the use of facial recognition technology by police for mass surveillance purposes because of its use in racially discriminatory policing and in racial profiling.

Amnesty is calling for a complete ban on the use, development, production and sale of facial recognition technology for mass surveillance purposes by the police and other government agencies in the United States, and also calling for a ban on exports of the technology systems to other countries.

For a full explanation of the issues, see the accompanying Amnesty briefing.

“Black people throughout our communities already experience disproportionate abuses of privacy and basic rights, and surveillance only exacerbates the potential for abuses.

“We are seeing these violations play out daily as police departments across the United States use facial recognition technology to identify protesters.

“Just the mere threat of surveillance creates a chilling effect on people who would otherwise exercise their right to protest. Instead of violating human rights daily out on the streets, law-enforcement officers should be supporting people’s right to protest these killings and join communities in necessary dialogue.

“The ability to be part of an anonymous crowd is what allows many people to participate in peaceful protests and to feel safe. Instead of using these technologies to heighten people’s fears, law enforcement should fulfil their obligations to respect and facilitate the right of people to peacefully protest.”

Amnesty is mobilising its millions of members and activists worldwide to demand that the US government respects, protects and fulfils the human rights of all black people.