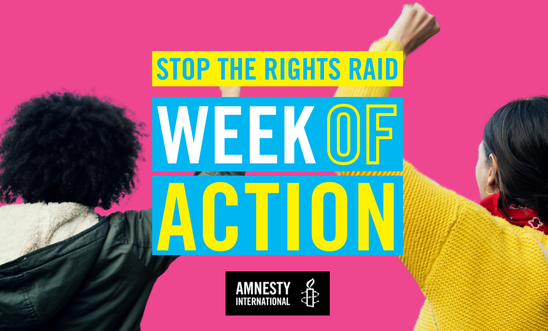 Amnesty International has issued a stark warning over an “unprecedented programme of rights reversal” by the Government as it launched a week-long campaign to prevent what it calls “a raid on rights”.

Amnesty is voicing concerns about the likely impact of two highly controversial bills currently going through Parliament, as well as threats to remove key protections in the Human Rights Act.

Last week, the Justice Secretary Dominic Raab said the Government intends to “overhaul” the Human Rights Act, which campaigners fear will lead to the removal of key human rights protections in the legislation. Amnesty and others have hailed the act for its vital role in landmark justice campaigns - including Hillsborough, the Mid Staffs hospital deaths, recent rulings on years of human rights violations against women activists in the Spycops scandal and a mother’s successful challenge over the health threat to her son from toxic landfill emissions.

Amnesty has issued its warning at the start of a week-long campaign (10-17 October) against the “raid on rights”, with activists from Liberty, Stonewall, Freedom from Torture, the British Institute for Human Rights and others joining forces. The campaigners are asking MPs to oppose the moves in Parliament, including by using their influence to seek important amendments or otherwise reduce the impact of the regressive measures.

The campaign also coincides with the findings of a new opinion poll showing that more than half the public (56%) felt “concerned” at the proposed changes.

“This Government has embarked on an unprecedented programme of rights reversal, with hard-won protections being dismantled and rolled back on multiple fronts.

“Ordinary people have fought hard and often bitter battles to achieve these rights - and we mustn’t let them be struck out by politicians who think they are merely getting in their way.

“The right to peaceful protest, the right to challenge injustice at the hands of the state, and our hospitality to those needing a place of sanctuary on these shores - these are some of our most treasured values.

“Our polling shows that the public doesn’t want these rights removed. Ministers should pause, reflect and halt this raid on rights.”

Amnesty issued the warning as it published a media briefing outlining the human rights threats across the Government’s programme of legislation, which is available.