UK: Shell ruling could give green light to corporations for abuses abroad 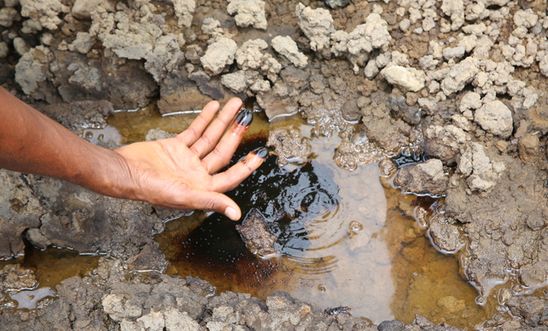 On Thursday 26 January the UK High Court will rule on whether two Niger Delta communities whose environment and livelihoods were destroyed by oil spills can have their claims against Shell heard in the UK. The case could set a precedent for holding other UK-based multinationals to account for abuses committed overseas.

“This ruling will have wide-ranging implications for corporations based in the UK that abuse human rights abroad. If the court rules that the communities cannot have their case heard in the UK it would effectively be a green light for UK multinationals to profit from human rights abuses and environmental destruction around the world,” said Audrey Gaughran, Director of Global Issues at Amnesty International.

Two separate legal actions have been brought against Shell on behalf of more than 42,000 people from the Ogale and Bille communities in Nigeria’s Rivers State, who live with appalling pollution caused by oil spills.

Shell’s Nigerian subsidiary SPDC argues that the case is outside UK jurisdiction and should be heard in Nigeria. Amnesty International and other organizations have exposed how rural communities affected by oil pollution frequently face insurmountable challenges when trying to take Shell to court in Nigeria.

In a 3 November 2015 report, Clean it up: Shell's false claims about oil spills in the Niger Delta, Amnesty International documented ongoing contamination at four oil spill sites, and exposed as false Shell’s claims that they had been cleaned up years ago.