UK: MP Vote on domestic abuse legislation an opportunity to make protection equal for all victims 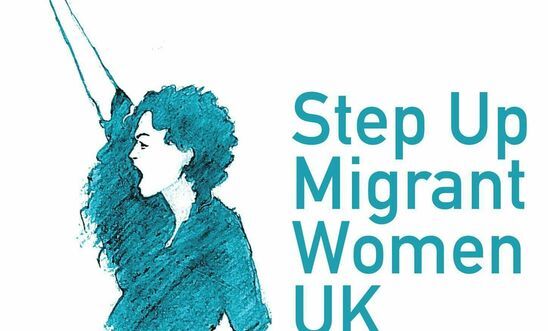 MPs to vote on the Domestic Abuse Bill on Monday

“The Government has recognised the challenges migrant women face when fleeing domestic abuse. However, the current Domestic Abuse Bill does not include any provisions to support them.” – Elizabeth Jiménez-Yáñez

MPs are being urged to vote for vital amendments to the Domestic Abuse Bill that would ensure migrant women victims of domestic abuse are offered support and safety that they are currently blocked from accessing, ahead of a debate in Parliament on Monday.

On Monday, MPs will have one of the last opportunities to vote on further amendments to the legislation, as the Bill enters Report Stage.

In the draft statutory guidance to accompany the Bill the Government has recognised that migrant women face additional obstacles to safety and are afraid of reporting for fear of immigration enforcement. The Government has also published its long-awaited review into existing protection for migrant women but has not put forward any immediate or statutory solution to the current gap in protection. Amending the Bill is the only route to guarantee a fair system to all victims.

The Step Up Migrant Women coalition - a coalition of more than 50 frontline migrant and BME domestic abuse services and human rights organisations - are urging MPs to vote in support of amendments that secure protection for migrant women who experience domestic abuse – including by ensuring migrant women can access public funds, refuge beds, and can report abuse to the police safely.

“The Government has recognised the challenges migrant women face when fleeing domestic abuse. However, the current Domestic Abuse Bill does not include any provisions to support them. This should be changed to protect all victims, regardless of their immigration status.

“Women with insecure immigration status are often unable to get vital support they need if they experience abuse. Four in five are turned away from refuge beds, and many are too scared to go to the police for fear they will be reported to immigration enforcement.

“MPs have a real chance to create a landmark legislation that protects all victims equally and offers safety and support to every woman escaping abuse.

“It shouldn’t be safety for some and not for others. Domestic Abuse legislation must protect all victims, no matter where they’re from.”

“We urge members of Parliament to vote in favour of our amendments to ensure that the protection of migrant women is enshrined in the Domestic Abuse Bill.

“A pilot project towards the end of the year does not resolve the glaring gap in protection that exists now, and fails to recognise the urgency with which women require support today; support which must be placed on a statutory footing to provide a comprehensive response to migrant victims of domestic abuse.

“The Bill provides MPs with an opportunity to give migrant victims of domestic abuse a lifeline to safety by lifting the No Recourse to Public Funds condition, and to push back against the inhumanity of the ‘hostile environment’.

“Through this Bill, the Government has a chance to redress some of the long-standing inequalities in our society, and to demonstrate its commitment to preventing violence against all women and girls, irrespective of their background or immigration status.”

The current version of the Domestic Abuse Bill does not offer adequate protection for all women. Those without secure immigration status who do not have access to public funds find it virtually impossible to access safety and protection if they experience domestic abuse. They only have access to 5.4% of refuge beds, they are often unable to access healthcare, and are often too scared to report abuse to the police or other services for fear of being reported to the Home Office.

The Step Up Migrant Woman coalition are seeking four things in the Bill: