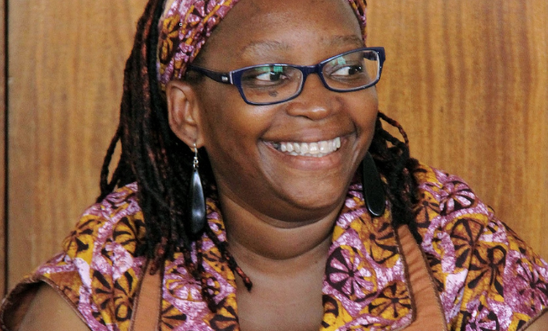 University lecturer and activist Doctor Stella Nyanzi reacts in court as she attends a trial to face charges for cyber-harassment and offensives communication, in Kampala, on April 10, 2017. © GAEL GRILHOT/AFP/Getty Images

Responding to news that outspoken feminist academic Stella Nyanzi has been released on bail after four weeks in prison, Sarah Jackson, Amnesty International’s Deputy Regional Director for East Africa, the Horn and the Great Lakes, said:

“It is a great relief that Stella Nyanzi is no longer behind bars, as she should never have been arrested in the first place. The government’s attempt to prosecute her for speaking out for the rights of Uganda’s women and girls is an affront to freedom of expression.

“The authorities must now let common sense prevail by immediately and unconditionally dropping all the charges against her. The continuation of this farcical case blatantly violates Uganda’s constitution, and its regional and international human rights obligations.”

Nyanzi appeared in court in the capital Kampala this morning looking in need of medical care.

The charges against her under the Computer Misuse Act of 2011 are based on her social media statements, including one where she referred to President Yoweri Museveni as “a pair of buttocks”. She denies any wrongdoing.

She had also criticised the First Lady and Education Minister, Janet Museveni, for her ministry’s failure to provide sanitary towels to all girls in public schools. This was a promise made by Museveni as he campaigned for a fifth term in office in 2015.

Her next court appearance will be on 25 May.