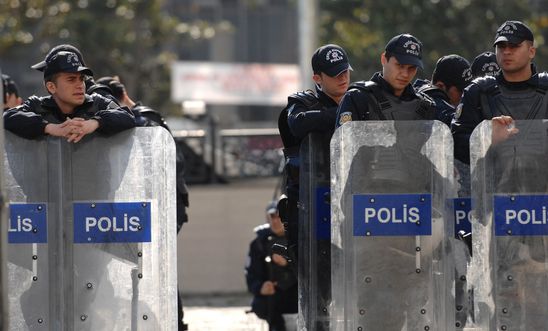 ·         131 media houses shut down, at least 40 journalists detained and dozens of others likely to be arrested.

As Turkey enters its second week of a three-month state of emergency, the ongoing assault on media freedom has reached disturbing and unprecedented levels, said Amnesty International.

Arrest warrants have been issued for 89 journalists, more than 40 have already been detained and others are in hiding. A second emergency decree passed on 27 July has resulted in the shutdown of 131 media outlets.

“Rounding up journalists and shutting down media houses is the latest assault on a media already weakened by years of government repression. The passing of this second emergency decree leaves little room for doubt that the authorities are intent on silencing criticism without regard to international law.

“Even under a state of emergency, restrictions must be necessary, proportionate and for a legitimate purpose. The provisions of the two emergency decrees passed this week fail all three of these tests and fly in the face of the government’s claim that they are upholding rights and the rule of law.

“The authorities must bring to justice those responsible for unlawful killings and other human rights abuses during the coup attempt. But this must be done in a manner that respects the right to fair trial, the prohibition of torture and other human rights. The intensified crackdown on freedom of the press does not serve this purpose and is unlawful.”

Following the issue of the first decree on 23 July, which increased Turkey’s pre-charge detention period from four to 30 days, Amnesty revealed credible reports of widespread torture of detainees. Lawyers have also been denied access to detainees in violation of Turkish and international law.

“We reiterate our call for the Turkish authorities to end ill-treatment and torture of those being detained and allow international monitors to visit all detainees in the places they are being held,” added Fotis Filippou.