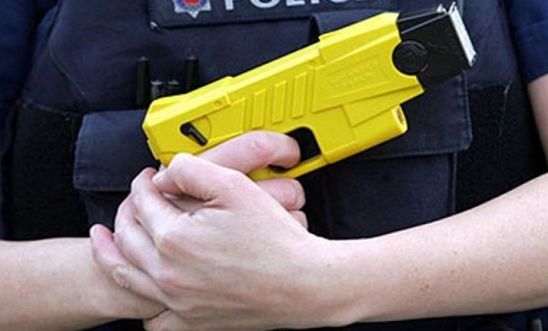 The increase in the use of Taser over the last five years by police officers across the 43 forces in England and Wales highlights the urgent need for much stronger guidelines on when and how this weapon should be used, warned Amnesty International today.

New figures released today by the Home Office reveal a slight dip in the number of times police officers used the electroshock weapon in 2014 compared to 2013, but worryingly showed Taser usage in 2014 of 10,062 times had remained at a far higher level than five years ago when they were used 6,649 times.

Statistics ‘not fit for purpose’

On the week that a jury ruled that the Taser ‘materially contributed’ to the death of 23-year-old Jordon Begley, Amnesty also slated the Home Office statistics as being ‘not fit for purpose’, as they give no information on the circumstances in which the potentially lethal electroshock weapon was used, making it impossible to know if the police used them correctly.

There are known risks when using Taser weapons against children, the elderly, people with underlying medical conditions such as heart conditions, mental illness or those under the influence of drugs and alcohol.

“This increase over the last five years of police use of Taser without much stricter guidelines on their usage from the Home Office is extremely worrying.

“On the week that an inquest jury ruled that a Taser was found to have contributed to the death of a young man in Manchester, we need more clarity on how and why these weapons are used.

“The statistics on their own tell us nothing about whether these weapons are used correctly or not. Without such detail, these figures are not fit for purpose.

As we saw in the case of Jordon Begley, the precise circumstances over when a Taser is drawn or discharged can be – quite literally – a matter of life and death.

“We’re not saying that Taser doesn’t have a role to play but it must be considered as a weapon of last resort.”

Amnesty is calling for: