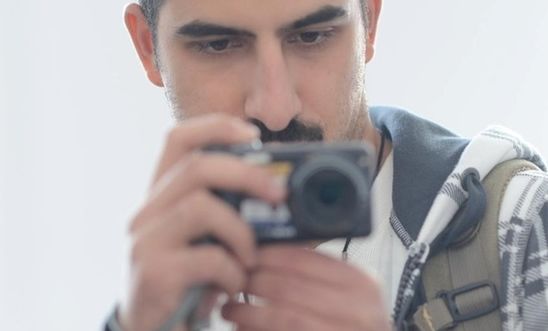 Bassel Khartabil had won awards for his internet activism © Private

‘Bassel Khartabil will always be remembered as a symbol of courage, who peacefully fought for freedom to the very end’

“We are deeply saddened and outraged at this awful news.

“Bassel Khartabil will always be remembered as a symbol of courage, who peacefully fought for freedom to the very end. Our thoughts are with his family.

“Bassel Khartabil’s death is a grim reminder of the horrors that take place in Syrian prisons every day.

“The tens of thousands of people currently locked away inside Syrian government detention facilities face torture, ill-treatment and extrajudicial executions. These cruel acts undoubtedly amount to war crimes and crimes against humanity.

“We urge the Russian government to use its influence on the Syrian authorities to help end this madness. It must allow for independent monitors inside detention sites across Syria and for an investigation to be conducted. Thousands of lives are on the line.”

News of 2015 death received by his family

Mr Khartabil’s family announced his death yesterday after receiving information that he was killed in 2015 after allegedly being “tried” and “sentenced to death” by a military field court in the Al-Qaboun district of Damascus in a secret hearing. These courts are notorious for conducting closed-door proceedings that do not meet the minimum international standards for a fair trial.

Khartabil was originally arrested on 15 March 2012 by Syrian Military Intelligence and held in incommunicado detention for eight months before being moved to ‘Adra prison on the outskirts of Damascus in December 2012. He remained in ‘Adra until 3 October 2015, when he managed to inform his family that he was being transferred to an undisclosed location. Since then his whereabouts remained unknown.

Khartabil was born and raised in Syria to a Palestinian family. He worked as a software developer and was a prominent free speech activist. Before his arrest, Khartabil used his technical expertise to help advance freedom of speech and access to information via the internet. He won many awards, including the 2013 Index on Censorship Digital Freedom Award for using technology to promote an open and free internet, and was named one of Foreign Policy magazine’s Top 100 Global Thinkers of 2012 “for insisting, against all odds, on a peaceful Syrian revolution”.

Amnesty has documented numerous cases of torture and extrajudicial execution in Syrian prisons, most recently in a major report earlier this year on thousands of mass hangings carried out in secret at Saydnaya military prison near Damascus. Amnesty is currently campaigning for an investigation into abuses committed in Syrian government detention centres.