Syria: Call for investigation into civilian deaths in US-led airstrikes 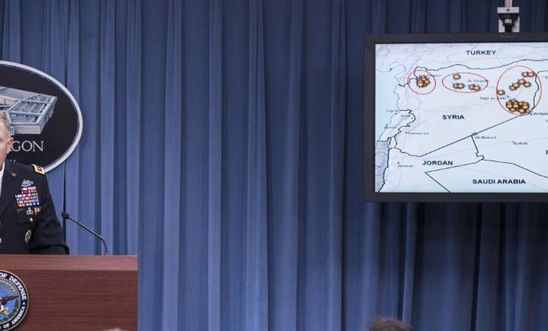 There must be a prompt, independent and transparent investigation into reports that scores of men, women and children were killed in their homes by US-led coalition airstrikes on al-Tukhar village, near Manbij, yesterday, Amnesty International said.

Since June, more than 100 civilians are reported to have been killed in suspected coalition attacks on the Manbij area of northern Syria, controlled by the armed group calling itself Islamic State.

“The bombing of al-Tukhar may have resulted in the largest loss of civilian life by coalition operations in Syria. There must be a prompt, independent and transparent investigation to determine what happened, who was responsible, and how to avoid further needless loss of civilian life.

“International humanitarian law requires all parties to a conflict to prevent the needless loss of civilian life. Even if the coalition forces believed that fighters from the armed group calling itself Islamic State were present around al-Tukhar, they should have taken the necessary precaution to identify who else was present to avoid or at least minimise civilian casualties.”

Worrying accounts from local activists, as well as photos and video evidence, point to at least 60 civilian deaths in yesterday’s airstrikes on al-Tukhar village, Manbij, in Aleppo governorate. The true death toll may be difficult to document – according to media reports, members of local families were buried when the airstrikes levelled their clay and adobe homes.

US Central Command (CENTCOM) statements said the US-led forces launched 11 strikes on 17 July and 18 strikes on 18 July against what it said were IS tactical units and fighting positions near Manbij.

Amnesty has reviewed available information on dozens of suspected coalition airstrikes and found that in the majority of cases in which civilian casualties have been credibly reported, the coalition has dismissed the claims.