Syria: Arbin attack appears to be latest 'horrifying' use of an incendiary weapon to kill sheltering civilians 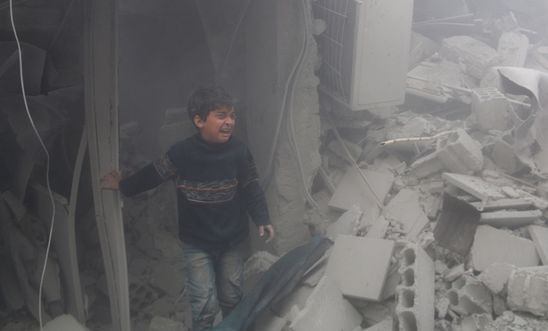 “We have previously documented how the use of incendiary weapons is burning alive civilians who are literally left with nowhere to hide. This attack would appear to be the latest horrific example in that pattern.

“In areas besieged by the Syrian government such as Daraya and elsewhere, civilians told us what particularly struck fear into their hearts during the final period of the siege before they were forced out was the use of incendiary weapons.

“Many told us they stopped going down to shelters for fear of being burned alive. Those fears seem especially poignant today in light of this latest horrifying loss of life.”

According to Russian state media, Russia’s Ministry of Defence has denied responsibility for the attack.