Switzerland: Face veil ban is a violation of women's rights 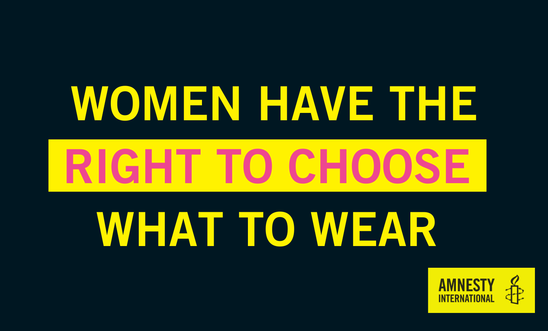 Ban will undermine the freedoms Switzerland purports to uphold

‘If we really want to respect women’s rights, we should let women decide what they want to wear’ - Cyrielle Huguenot

This Sunday (7 March), Switzerland will vote on a referendum that could ban facial coverings, such as the niqab, in public.

“The proposed face veil ban cannot be viewed as a measure to liberate women. It is a dangerous policy that violates women’s rights, including freedom of expression and religion.

“This ban would have a negative impact on Muslim women who choose to wear the niqab or burqa. If we really want to respect women’s rights, we should let women decide what they want to wear.

“If the intention of this is to protect women’s rights it fails abjectly. Instead, the ban proposes to sanction women for their choice of clothing and undermines the freedoms Switzerland purports to uphold.

“A ban of this type is discriminatory and carries the risk of stigmatising women belonging to an already marginalised group, cementing stereotypes and increasing intolerance.”