Spain: Jailing of rapper is 'unjust and disproportionate' 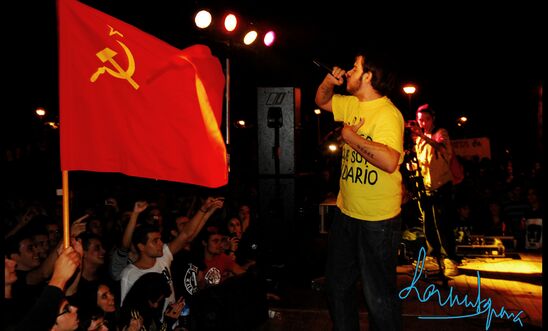 ‘It’s a sad consequence for our society: self-censorship for fear of repression’ - Esteban Beltrán

Amnesty International today condemned the conviction of Spanish rapper, Pablo Hasél for “glorifying terrorism” and is calling on the Ministry of Justice in Spain to change the criminal code and defend freedom of expression.

Pablo has been sentenced to nine months' imprisonment and six years' disqualification from employment in the public sector. He has also been convicted of insulting the Crown and insulting state institutions. In total, he will face a fine of almost 30,000 euros.

"No one should face criminal prosecution for expressing themselves on social media or for singing something that may be distasteful or shocking. Expressions that do not clearly and directly incite violence should not be criminalised.

"Pablo Hasél's imprisonment is an excessive and disproportionate restriction on his freedom of expression, but he is not alone in suffering the consequences of unjust laws: many other artists, journalists or activists have received heavy fines or long periods of exclusion from the public sector. It’s a sad consequence for our society: self-censorship for fear of repression.