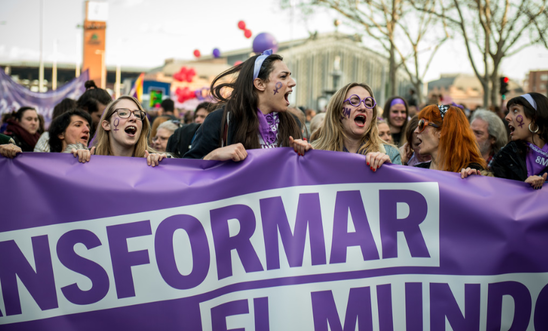 ‘This is a victory for survivors of rape’ - Monica Costa Riba

Following the announcement by the Spanish government today of a new bill on comprehensive responses to sexual violence, including a reform of the legal definition of rape, Monica Costa Riba, Amnesty International’s Senior Gender Campaigner, said:

“We welcome the step taken by the Government to improve the state’s responses to sexual violence in Spain.

“This is a victory for survivors of rape and for the countless women, campaigners and activists who raised so much awareness of the need for reforms in law, policy and practice through their protests and street actions.

“The proposed change of the legal definition of rape will make Spain the tenth country out of the 31 analysed by Amnesty in Europe which clearly define sex without consent as rape in line with international human rights law and standards. It is high time that other countries in Europe follow suit, and through improving their laws and policies, advance societal understanding of rape, consent and sexual autonomy.”

The announced bill follows several high-profile gang-rape cases in Spain in which the justice system clearly failed survivors. These include the so-called “Wolf Pack” case (“La Manada”) in which a lower court found that five men were guilty of the lesser offence of sexual abuse. The 2018 ruling sparked widespread protests in Spain and triggered a Government commitment to reform the legal definition of rape and other sexual violence offences.

When the full text of today’s bill is made public, Amnesty will analyse the bill’s compliance with international human rights law and standards in greater detail.