South Sudan: Dozens of detainees at risk of death in shipping containers 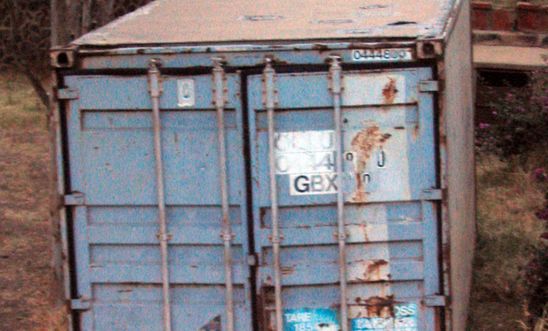 Dozens of people who are being held in poorly ventilated metal shipping containers in a detention site in South Sudan, 20km south away from the capital of Juba, are at risk of death, warned Amnesty International today.

The detainees are being fed only once or twice a week and not given enough drinking water.  These conditions have apparently resulted in the death of many people who have been detained at the Gorom detention site.  Soldiers also periodically take them out of the containers and beat them.

Most of the people being held are civilians and are accused of links to the former rebel Sudan People’s Liberation Movement/Army-in Opposition (SPLM/A-IO), which is now part of the government of national unity. They have not been charged with any offence, have no access to family members, lawyers, or courts.

A satellite image of what Amnesty believes to be the detention site at Gorom shows four metal shipping containers arranged in an L shape, inside two perimeter fences.  Amnesty also procured evidence that the four containers are used to house detainees and were brought to the site in early November last year.

“Detainees are suffering in appalling conditions and their overall treatment is nothing short of torture.

“This egregious disregard for human life and dignity must stop and for that to happen, the detention site should be immediately shut down until conditions are brought into compliance with human rights standards.

Amnesty has written to the Director of Military Intelligence, Major-General Marial Nour for more information about the Gorom detention site, including the conditions of detention, the names of individuals who are held there and those who have died.

Amnesty has also written to President Salva Kiir informing him of the situation at Gorom, and calling on him, as commander-in-chief of the armed forces, to intervene and end the human rights violations at the site.

“President Kiir should order an independent investigation into this site and into military intelligence detention practices generally, with a view to reforming the practices and ensuring that those responsible for torture, death or enforced disappearances are held accountable.

“Pending such investigations, President Kiir should immediately suspend those credibly suspected of responsibility.”

These revelations come barely two months after Amnesty International released a briefing detailing the deliberate suffocation of more than 60 men and boys in shipping containers in Leer, Unity State in October 2015 and calling for an end to unlawful killings by the armed forces.

To view the juxtaposed before and after satellite images of the site, please click here and drag following the arrows:  https://cdn.knightlab.com/libs/juxtapose/latest/embed/index.html?uid=b2…