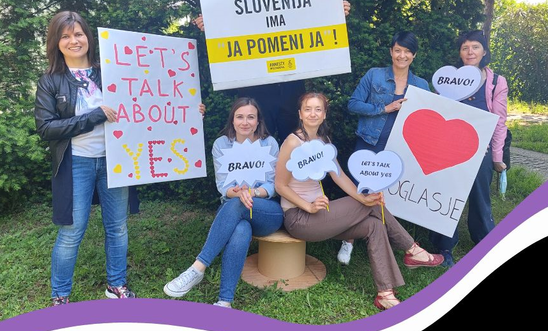 The law will no longer require coercion, the use or threat of force, or the inability to defend oneself as conditions for a crime to be considered rape

Responding to the Slovenian Parliament amending the country’s Criminal Code to recognise that sex without consent is rape, Nils Muižnieks, Europe Director at Amnesty International, said:

“This is a historic victory for women in Slovenia and an important step along the road to changing culture, attitudes and behaviour. It is also a testament to years of campaigning by survivors who have helped to ensure that other women do not have to go through what they endured.

“Shockingly, Slovenia is only the thirteenth country in Europe to recognise the simple fact that sex without consent is rape, although more countries are changing their legal definitions of rape.

“There is still a great deal of work to be done to challenge the deep-seated attitudes to rape and harmful gender stereotypes, but today we take a moment to celebrate.”

Under the Istanbul Convention, which Slovenia ratified in 2015, rape and all other non-consensual acts of sexual nature must be classified as criminal offences. Until now, the Slovenian Criminal Code required evidence of use of force or the threat of use of force and violence to classify an act as a rape.

The change is a result of a long campaign by individuals and civil society groups, including Amnesty.

Slovenia becomes the 13th country in the European Economic Area to change its legal definition of rape to a consent-based one, after Belgium, Croatia, Cyprus, Denmark, Germany, Greece, Iceland, Ireland, Luxembourg, Malta, Sweden and the UK. Consultations on similar bills are also currently ongoing in Spain and the Netherlands.