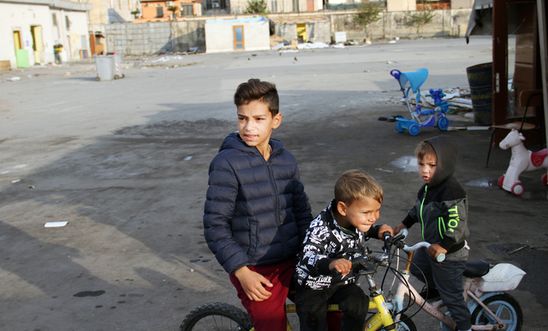 Right to water was included in the Slovenian Constitution in 2016

‘It is shameful that in 2020, some Roma families do not have access to toilets and are forced to travel to fetch water, sometimes from polluted streams’ -  Nataša Posel

The European Court of Human Rights’ judgment today that Slovenia did not violate the rights of two Roma families by failing to ensure access to basic services such as water and sanitation is a blow to Roma communities, and a missed opportunity to end a cycle of poverty and marginalisation, said Amnesty International.

The two families from Roma settlements in the municipalities of Škocjan and Ribnica claimed that access to water was consistently denied to their communities on the basis that they live in “informal” settlements. The Court today rejected their complaint.

“It is shameful that in 2020, some Roma families in Slovenia do not have adequate access to toilets and are forced to travel long distances to fetch water, sometimes from polluted streams.

“The right to water was included in the Slovenian Constitution in 2016, but in informal Roma settlements, this right is still not being respected in practice.

“Regardless of the European Court’s ruling, that provision must now be implemented to protect the rights of Slovenia’s most marginalised and vulnerable community.”

It is estimated that between 10,000 and 12,000 Roma people live in Slovenia. Many of them live in informal, segregated settlements in rural areas. Houses are often poorly constructed and lacking security of tenure.

Under Slovenian law, a person can only obtain access to communal services - such as public water supply networks - if they own or hold a legal title to the land on which they live, together with a building permit. This requirement by default excludes many Roma communities. The complainants alleged that the Slovenian authorities have not taken any steps to eliminate this inequality in living conditions.

Poor living conditions in informal settlements are one of the key contributors to Roma suffering a dramatically lower life expectancy than that of the average Slovenian – 55 compared to 77 years, respectively.

Children are particularly vulnerable, with the mortality rate of babies born in Roma communities four times higher than the Slovenian average, and children under the age of four, seven times higher.