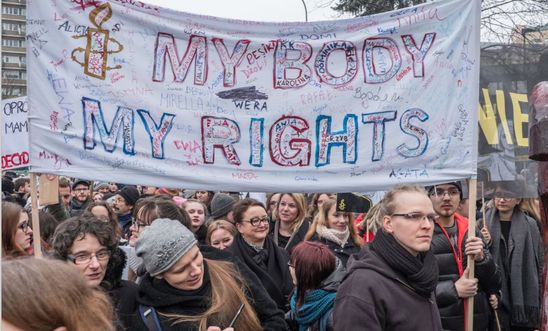 Following a vote today rejecting a bill that would have forced women seeking an abortion to view an ultrasound scan of the embryo or foetus, Monica Costa Riba, Amnesty’s Senior Campaigner on Women’s Rights, said:

“Today’s vote is a victory for women and for reproductive rights. By rejecting this bill, lawmakers in Slovakia chose to protect women’s privacy and autonomy and reject any further roll back of women’s hard-fought rights.

“Had it been adopted, this legislation would have set a chilling precedent for Europe, severely obstructing women’s access to safe abortion care and violating Slovakia’s international human rights obligations. It would have undermined women’s privacy and autonomy and subjected them to harmful stigma, humiliation and degrading treatment.

“This is a huge triumph for women and activists who spoke out and mobilised in Slovakia and internationally. We want to thank all those who took action and called on Parliamentarians to reject this harmful bill.”

There are 150 MPs in the Slovak Parliament. Only 59 MPs voted in favour, which did not meet requirement for a simple majority of 76 votes. 24 MPs voted against and 40 abstained.

Last week an open letter signed by more than 30 organisations was published calling on MPs to stop the bill. https://bit.ly/2CV07GZ