Singapore: 'Unlawful' execution of Malaysian national must be halted 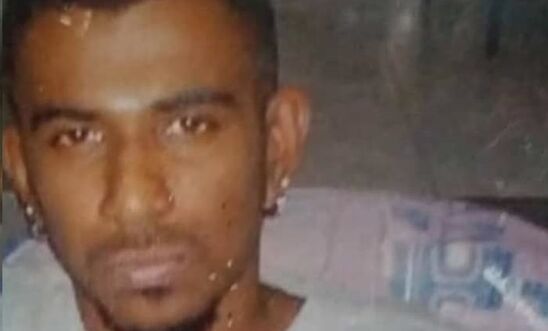 He was caught carrying drugs into the country in 2009

‘Taking people’s lives is a cruel act, but to hang a person… [who] might not even fully understand what is happening to him, is despicable’ - Rachel Chhoa-Howard

Singapore must halt plans to execute a Malaysian man who is due to be hanged next week on drug charges, Amnesty International said today.

Nagaenthran K Dharmalingam is scheduled to be executed on Wednesday 10 November.

Since his conviction in 2010, medical experts who assessed Nagaenthran have found that he has borderline functioning intelligence and concurrent cognitive deficits.

The UN body on the Convention of Rights of Persons with Disabilities (CRPD) - to which Singapore is a party - has stated that the imposition of the death penalty on people whose mental and intellectual disabilities may have impeded their effective defence is prohibited.

“There is still time for Singapore to change course and stop this unlawful execution from taking place. Taking people’s lives is a cruel act, but to hang a person convicted merely of carrying drugs, amid chilling testimony that he might not even fully understand what is happening to him, is despicable.

“We urge the authorities to immediately halt plans to execute Nagaenthran. There are grave concerns that there have been multiple violations of international human rights in his case, from the mandatory death penalty to its imposition for drug-related offences and concerns on the fairness of the proceedings, which would render his execution unlawful.

“As a petition signed by tens of thousands of people shows, Singapore is once again on the wrong side of history with its draconian drug laws and policies, which have failed to tackle drug dependence in the country. It is high time Singapore halted all executions and abolished this inhumane punishment once and for all.”

Drugs and the death penalty

Nagaenthran was convicted and sentenced to the mandatory death penalty in November 2010 for importing 42.72 grams of heroin onto the island in April 2009. His conviction and death sentence were upheld on appeal.

Singapore has some of the harshest drug laws in the world but since 2013, judges have had more sentencing discretion in cases where the role of the defendant was limited to transportation (“courier”) if the public prosecutor issues a certificate of substantive assistance; or for those with mental or intellectual disabilities that substantially impaired their mental responsibility for their acts in relation to the offence.

In 2015, Nagaenthran applied to be resentenced to life imprisonment. But while he qualified as “courier”, the prosecutor did not issue him the certificate of substantive assistance, leading to the confirmation of his death sentence in September 2017.

Medical experts who have assessed Nagaenthran say that his cognitive deficits “may have contributed toward his misdirected loyalty and poor assessment of the risks in agreeing to carry out the offence”. The Court of Appeal dismissed the concern, stating that his “alleged deficiency in assessing risks might have made him more prone to engage in risky behaviour; that, however, does not in any way diminish his culpability.”

Authorities notified Nagaenthran's family, who live in Malaysia, of the planned execution by a letter dated 26 October. Because of restrictions in response to the Covid-19 pandemic, Nagaenthran has not been able to see members of his family for over two years. It is only now that up to five family members are allowed to travel and visit the prison. But activists have highlighted how ongoing Covid-19 related restrictions and quarantine requirements have added financial and logistical challenges to an already inherently cruel and painful process.

This Wednesday (3 November), Nagaenthran’s youngest brother told activists of his concerns about his brother’s mental state and understanding of his imminent execution when he was able to visit him in prison.