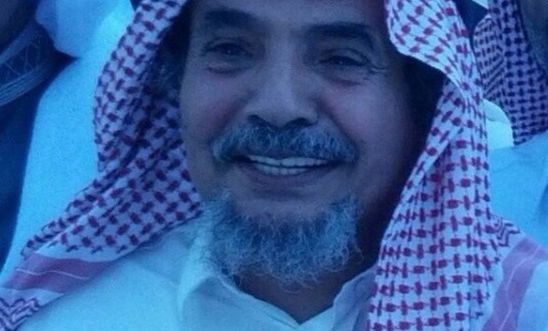 Responding to news of the death of Dr Abdullah al-Hamid, a prisoner of conscience who has died in detention in Saudi Arabia, Lynn Maalouf, Amnesty International’s Middle East Research Director, said:

“We are devastated to learn of Dr Abdullah al-Hamid’s passing while he remained in detention for his peaceful activism.

“Dr al-Hamid was a fearless champion for human rights in Saudi Arabia, who was determined to build a better world for all. Our thoughts are with his family and friends, who for the past eight years had been deprived of his presence.

“As a prominent human rights campaigner, Dr al-Hamid’s important work continues to resonate throughout the region. He, and all other prisoners of conscience in Saudi Arabia, should never have been in jail in the first place.

“We again call on the Saudi Arabian authorities to immediately and unconditionally release all those still imprisoned solely for peacefully exercising their human rights.”

Founder of ‘Know your rights’ organisation

Dr al-Hamid, 69, was a founding member of the Saudi Civil and Political Rights Association. The organisation - whose slogan is “Know your rights” - was committed to promoting the rights enshrined in the UN Universal Declaration of Human Rights, as well as other international treaties and standards.

Dr al-Hamid suffered from hypertension and was told three months ago by a doctor that he needed heart surgery. He was threatened by the prison authorities that if he told his family about his health condition they would prevent him further communicating with his family. Dr al-Hamid had suffered a stroke on 9 April and remained in detention, despite being in a coma in the intensive care unit at al-Shumaisi Hospital in Riyadh.

As a human rights defender, writer and academic, he had written extensively on human rights and the independence of judiciary. He was a professor of contemporary literature at al-Imam Muhammad bin Saud Islamic University in Riyadh, before being dismissed for his activism. He is survived by his wife and eight children.

Since 1993, Dr al-Hamid was repeatedly the target of prosecution for his peaceful work. In March 2012, he and Mohammad al-Qahtani, a fellow Saudi Civil and Political Rights Association founding member, were arrested and interrogated regarding their work with human rights activism. In March 2013, they were sentenced to 11 and ten years in prison respectively, on charges of “breaking allegiance to the ruler”, “questioning the integrity of officials”, “seeking to disrupt security and inciting disorder by calling for demonstrations”, and “instigating international organisations against the Kingdom”.