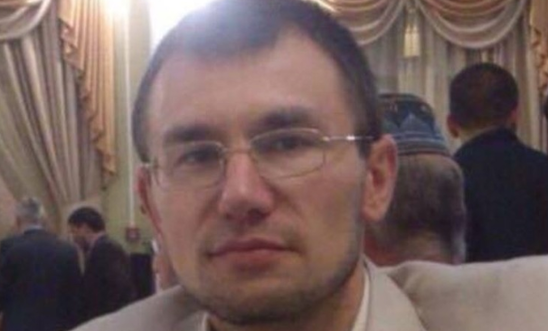 Emir-Usein Kuku has been jailed or 12 years © Meriem Kuku

Muslim Aliyev was sentenced to 19 years in a penal colony, Enver Bekirov to 18 years, Vadim Siruk and Emir-Usein Kuku to 12 years, Refat Alimov to eight years and Arsen Dzhepparov to seven years.

Emir-Usein Kuku is a leading member of the Tatar community in Crimea. After Russia’s annexation of the region in 2014, Emir-Usein Kuku joined the Crimean Human Rights Contact Group, exposing evidence of coercion and threats to members of the Tatar community. In February 2016, he was arrested and charged over accusations he was a member of Hizb ut-Tahrir, an Islamist movement banned as a “terrorist” group in Russia but not outlawed in Ukraine.

“This decision brings to a close what can only be described as a sham trial.

“Since they were arrested three years ago, Emir-Usein Kuku and his five co-defendants have faced a catalogue of grave injustices.

“They were shipped from their homes in Crimea to the Russian mainland, accused of ‘terrorist’ crimes, and tried in front of a military court.

“Emir-Usein Kuku is behind bars simply for speaking out for the rights of the Crimean Tatar community.

“It is devastating that he has fallen victim to the overt repression of the occupying power.

“The Russian authorities must immediately quash the unjust convictions and release Emir-Usein and the other five men sentenced today.”