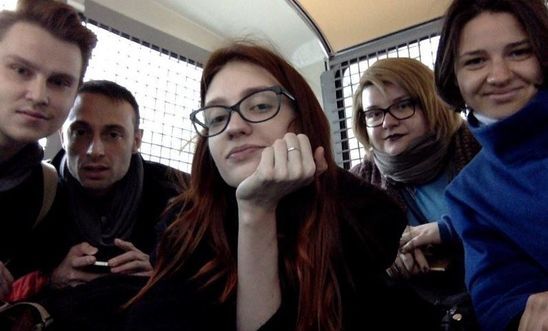 In response to today’s detention of five LGBTI activists as they were trying to deliver a petition to the Office of Russia's Prosecutor General on Chechnya, Denis Krivosheev, Deputy Director for Europe and Central Asia at Amnesty International, said:

“While the activists were released shortly after their arrest, this knee-jerk detention follows a familiar pattern of the Russian authorities crushing activism, and is a multiple violation of the rights to freedom of expression, peaceful assembly and liberty of person.

“It is aggravated by the fact that the detainees merely wanted to support gay men in Chechnya, one of the country’s most marginalised groups, and call for their protection.

“The LGBTI activists should be allowed to deliver their petition. And crucially, the authorities must respond to the petition itself and investigate the allegations of horrific human rights violations against gay people in Chechnya which have rightly sparked a global outcry.”

Amnesty International has raised concerns about the reports of mass abductions and torture of gay men in Chechnya as well as the threats faced by the journalists in Russia who broke the story and called on the Russian authorities to investigate these reports, prosecute suspected perpetrators and ensure that the rights of gay people in Chechnya are protected.