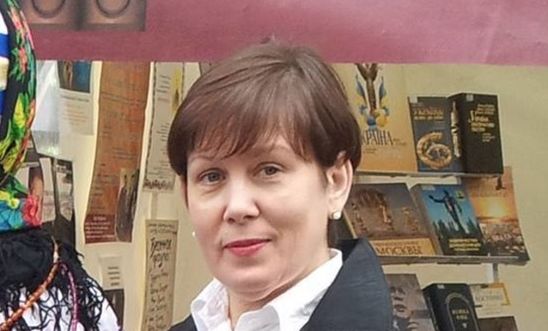 The conviction of a former librarian in Moscow today over Ukrainian books deemed “extremist”, demonstrates an utter contempt for the rule of law and highlights flaws in the independence of Russia’s judiciary, said Amnesty International.

Natalya Sharina, the former director of Moscow’s state-run Library of Ukrainian Literature, was found guilty of “inciting hatred” and “embezzlement” and given a four-year suspended sentence by the Meshchansky District Court of Moscow this morning.

At her trial, the state prosecutor accused the librarian of promoting Ukrainian nationalism, saying it ”goes hand-in-hand with German fascism”.

Sharina was arrested on 28 October 2015 after works by Ukrainian nationalist Dmytro Korchynsky were found in an unindexed pile of books in the library. Korchynsky’s works are officially banned in Russia and the books were defined as “extremist” and “anti-Russian propaganda” by the prosecutor. Meanwhile, an embezzlement charge was added in April 2016 when she was accused of the misappropriation of library funds to pay for a lawyer to defend her during a previous - unfounded - attempt to prosecute her during 2011-13.

Sharina spent a year and seven months under house arrest before being brought to trial.

Amnesty regards both charges - “inciting hatred” and “embezzlement” - to be unfounded and politically-motivated, and considers Sharina to be a victim of a miscarriage of justice.

“Natalya Sharina should not have been prosecuted, still less convicted.

“This highly politicised case runs totally counter to justice, and highlights serious flaws in the independence of Russia’s judiciary.

“The prosecution has exploited the highly-charged anti-Ukrainian atmosphere that is prevalent in Russia at the moment, while the court simply dismissed key evidence for the defence, including testimonies that police officers were seen planting the banned books at the library.”