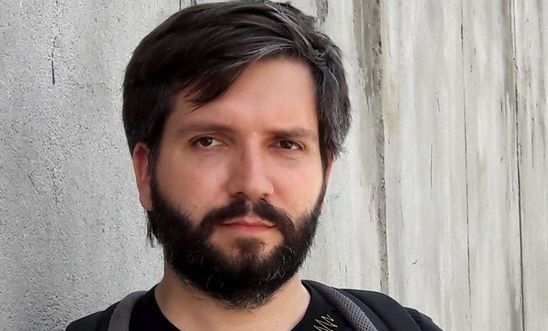 Oleg Kozlovsky was lured into a car, before being abducted and subjected to a terrifying ordeal © Amnesty International

An Amnesty International researcher sent to observe demonstrations in the Ingushetian capital Magas was abducted, beaten and subjected to terrifying mock executions by men claiming to be members of the security services.

Oleg Kozlovsky, a Russian national working as a researcher for Amnesty International, arrived in Magas on 5 October to monitor ongoing peaceful protests against the border agreement recently signed by the leaders of Ingushetia and Chechnya. On the night of 6 October, Oleg was lured into a car by a man claiming to be a representative of protest organisers. He was driven to a location outside the city where he was stripped, threatened, beaten and abused in an ordeal that lasted two hours.

“They held a gun to my head and told me they were going to kill me. The men identified themselves as being officers of the local Center for Combating Extremism, a special police unit. They demanded to know the names of my contacts in Ingushetia and threatened to kill my wife and children if I reported what happened.

“But I won’t be bullied into silence. It’s imperative that the world knows the risks that human rights defenders and activists face in Russia.”

Details of the abduction

Oleg’s ordeal started at around 9pm when a man knocked on his hotel room door and said that one of the protest organisers wanted to meet with him. The man led him round a street corner and into a waiting car. Once he was in the car, two masked men also got in, one of whom demanded that he turn off his phone while the other punched him in the face.

The men held Oleg’s head down below the window while the car drove to a field where the men forced him to strip naked, threatening to shoot him if he tried to escape. The men demanded to know who Oleg was, what he was doing in Magas and who he worked for, before attempting to force him to become an informant.

The men punched him several times, causing a fractured rib, and staged two mock executions, where Oleg was forced to lie face down with a gun held to the back of his head, while the men said they were going to kill him. On the second occasion he was told to start praying. The men also took photos of him naked, threatening to make them public if he told anyone what had happened.

After failing to force him to become their informant, the men confiscated Oleg’s phone and camera, before taking him to the neighboring Republic of North Ossetia and releasing him near the airport. Before being released he was told by one of the men: “Never come back and don’t write filth about Ingushetia.”

“This was a disturbingly violent and shocking incident. But the authorities need to know we will not be cowed and intimidated by men who hide behind masks. We have lodged a formal complaint with the Russian authorities

“Oleg was abducted in plain view of hotel staff and CCTV cameras amid a heavy police presence on the streets of Magas. Those responsible for this cowardly attack must be promptly found and brought to justice.”