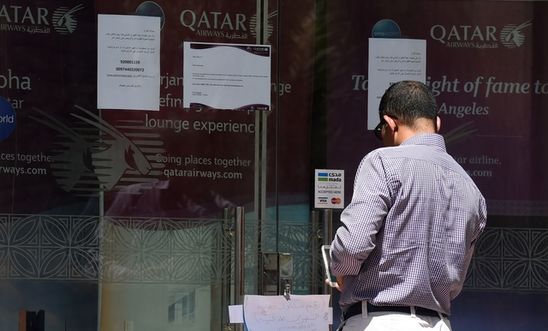 People left without information as ‘hotlines’ go unanswered, or provide no help or information

As new arbitrary measures announced by Saudi Arabia, Bahrain and the United Arab Emirates in their dispute with Qatar are due to come into force today, thousands of people in the Gulf face the prospect of their lives being disrupted and their families torn apart, said Amnesty International.

The governments of Bahrain, Saudi Arabia and UAE have made statements acknowledging the impact of their measures on mixed-nationality families and announced the establishment of emergency hotlines for those affected. Amnesty has spoken to a number of people who tried to call the numbers, with several people saying they’d tried in vain for hours or days to get through. Those who did get through said officials asked them for minimal details about their cases and told them they’d receive a call back, but there had been no follow-up. Amnesty has itself rung the hotlines and asked how cases registered were being dealt with, but officials were unable to provide any information.

Meanwhile, some affected families have told Amnesty that they’re too scared to call hotlines and register their presence in a “rival” country for fear of reprisal. Statements by the authorities in Saudi Arabia, the UAE and Bahrain that people will be punished for expressing sympathy towards Qatar or criticising government actions have contributed to the climate of fear spreading across the region.

On 13 June, a Bahraini lawyer was arrested after he filed a lawsuit against his government arguing that the measures taken against Qatar are unconstitutional and violate the rights of Bahraini citizens, then posted a copy of this complaint on his Facebook page. Meanwhile, a Qatari man unable to return to his farmland in Saudi Arabia has told Amnesty that his friends in Saudi Arabia are too scared to look after his land or remain in contact with him for fear of being prosecuted by the Saudi authorities for sympathising with him.

“The situation that people across the Gulf have been placed in shows utter contempt for human dignity.

“This arbitrary deadline has caused widespread uncertainty and dread amongst thousands of people who fear they will be separated from their loved ones.

“With these measures, the governments of Saudi Arabia, the UAE and Bahrain have needlessly put mixed-nationality families at the heart of a political crisis.

“They should immediately cancel this sinister arbitrary deadline, otherwise thousands of families risk being torn apart, with others losing their jobs or the opportunity to continue their education. People undergoing medical treatment are being made to choose between continuing their treatment or complying with the overly broad and harsh measures announced by Saudi Arabia, UAE and Bahrain.

“It is unthinkable that states can so blatantly infringe on the right to freedom of expression. Citizens have the right to express views and concerns about their governments, as well as feelings of sympathy towards others.”