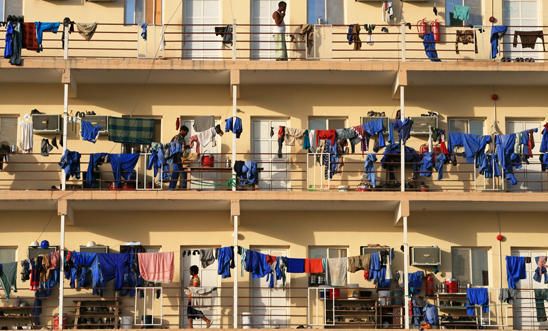 The International Labour Organisation’s governing body must continue to scrutinise Qatar’s record on migrant labour abuse, Amnesty International said, ahead of a crucial 21 March decision on a complaint brought by trade unions against the Gulf state.

Last week the Qatari government claimed said it had “repealed” its controversial sponsorship law, including the requirement that migrant workers obtain an exit permit from their employers to leave the country.

However, Amnesty does not accept this claim and considers that there are currently insufficient grounds to close the complaint against Qatar. Amnesty is calling for the ILO’s complaint process to continue, in line with a draft decision issued ahead of Tuesday’s session.

Last week, the Qatari authorities told the ILO that its new employment law (Law 21 of 2015) “repealed the kafala [sponsorship] system”, and that a subsequent amendment, (Law 1 of 2017) had “repealed the exit permit”. While Qatar’s new employment law does include one potentially significant change - removing the rule preventing migrant workers from returning to work in Qatar for two years unless their former sponsor agreed - the law has changed little for workers overall. The words “sponsor” and “sponsorship” have been removed but the core elements of the sponsorship system which drives labour abuse remain. In particular:

*Workers still need their employer’s permission to seek alternative employment during the period of their contract, which can last up to five years. If they change jobs without this permission they face criminal charges for “absconding”, which lead can lead to their arrest, detention and deportation.

“This is a critical juncture for migrant workers in Qatar.

“The government has made some public commitments in response to ILO pressure, but its claims that it has abolished the sponsorship system simply do not add up.

“If the ILO governing body endorses Qatar’s inadequate reforms by dropping this complaint, this could have damaging consequences for migrant rights in Qatar and across the region.”

The ILO has been reviewing labour abuse in Qatar since 2014, with a specific focus on forced labour and labour inspection. On Tuesday, the ILO’s governing body will consider a draft decision that proposes giving Qatar a further eight months to show it has made adequate migrant labour reforms. The Qatari government has made a series of labour-related announcements in the run-up to the ILO governing body meeting, suggesting the complaint process is having some impact. However, these announcements have not yet led to substantive reforms, and further pressure is needed to turn these promises into reality.