Qatar: David Beckham must use World Cup Ambassador role to focus world on human rights abuses off the pitch 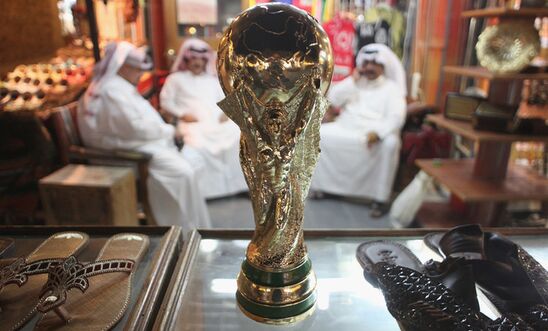 Commenting on reports that David Beckham has signed a deal to become an ambassador for football in Qatar, including next year's World Cup, Sacha Deshmukh, Amnesty International UK’s CEO, said:

“It’s not surprising that David Beckham wants to be involved in such a major football event, but we would urge him to learn about the deeply concerning human rights situation in Qatar and be prepared to speak out about it.

“Qatar’s human rights record is troubling - from the country’s longstanding mistreatment of migrant workers, to its curbs on free speech and the criminalisation of same-sex relations.

“Qatar’s mistreatment of migrant workers - the people whose hard work is making the World Cup possible - is especially disturbing.

“Despite some welcome reforms, migrant workers are still being left unpaid, and the authorities have failed to investigate thousands of deaths in the past decade despite evidence of links between premature deaths and unsafe, searingly-hot working conditions.

“More needs to be done for this World Cup to leave a positive legacy and transform the human rights situation in Qatar.

“FIFA has an important role to play in helping to drive change in Qatar - especially in raising labour abuses associated with World Cup preparations. David Beckham should use his unique worldwide profile to keep the world’s focus on the human rights issues surrounding the matches, and not just the play on the pitch.”

The Qatari authorities have failed to investigate the deaths of thousands of migrant workers over the past decade despite evidence of links between premature deaths and unsafe, searingly-hot working conditions, Amnesty International said today in a new report.

Amnesty’s 56-page report - In the Prime of their Lives - shows how the Qatari authorities routinely issues death certificates for migrant workers without conducting adequate investigations - instead attributing deaths to “natural causes” or vaguely-defined cardiac failures.

These death certifications - described by one leading pathologist as “meaningless” - rule out the possibility of compensation for bereaved families, many of whom are already facing financial difficulties after losing their main breadwinner.

After a decade of international pressure in the lead-up to the 2022 World Cup, Qatar recently introduced new protections for workers, but the country’s very high summer temperatures combined with excessive and physically strenuous working hours continue to pose significant risks to workers.

As well as consulting medical experts and reviewing government data on thousands of deaths, Amnesty analysed 18 death certificates and interviewed the families of six male migrant workers, all of whom were between 30 and 40 when they died. Of the 18 death certificates (issued between 2017 and 2021), 15 provided no information about underlying causes - instead using terms such as “acute heart failure natural causes”, “heart failure unspecified” and “acute respiratory failure due to natural causes”. Similar phrases were used in reports for more than half of the 35 deaths recorded as “non-work related” on World Cup facilities since 2015 - suggesting meaningful investigations were unlikely to have been carried out in these cases.

Epidemiological experts have said that in a well-resourced health system it should be possible to identify the exact cause of death in all but 1% of cases, but Amnesty’s review of data from major labour-sending countries found that the rate of unexplained migrant worker deaths in Qatar may be close to 70%.