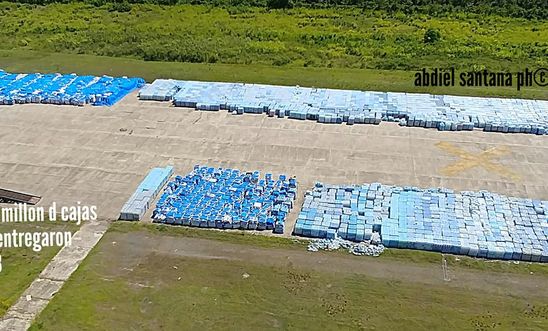 Amnesty International is demanding that the Puerto Rican and US federal governments initiate an independent investigation into the authorities' response to last year’s Hurricane Maria in Puerto Rico, which killed 2,975 people.

The call comes after new revelations that large stockpiles of drinking water were left on the runway of the airport in Ceiba, with no sign it was distributed for months on end to the hard-hit population.

“The death toll in the aftermath of Hurricane Maria was so massive because authorities failed to put in place basic safeguards that could have saved hundreds if not thousands of lives. President Trump’s government’s pitiful response shows a miserable failure to support the basic human rights of Puerto Ricans at a time when they needed it most.

“Now, nearly a year on from the hurricane, we are presented with fresh evidence of how the people of Puerto Rico have been so outrageously failed by the very authorities who should have been protecting them.

“Access to water is a human right. How can the disaster response to Hurricane Maria be an ‘unsung success’ if $22 million of drinking water is left stockpiled on a runway while people are suffering?”

Amnesty’s remote-sensing analyst examined months of satellite imagery over the airport in Ceiba. It clearly shows how a large amount of goods covered by blue tarps accumulated rapidly on a disused runway from late January to early March 2018, where the vast majority appear to have remained since.

Together with aerial photographs posted this week and official US government documents, this evidence strongly suggests that potentially millions of bottles of water were being stockpiled for months, when it could have been distributed to desperate Puerto Ricans.

According to official US federal government documents published by CBS News, Federal Emergency Management Agency (FEMA), the US federal agency responsible for coordinating responses to disasters, had control of 20,833 pallets of bottled water, worth more than $22 million (£17 million).

Kumi Naidoo will visit human rights activists and survivors in Puerto Rico on the one-year anniversary of Hurricane Maria on 20 September, before visiting the United States.

On 11 September, Abdiel Santana, a police officer in Puerto Rico, shared pictures on his Facebook account of what he said were almost one million boxes of water left on an airport runway.

CBS News confirmed that FEMA has acknowledged that millions of water bottles meant for survivors of Hurricane Maria were left undistributed at an airport in Puerto Rico for more than a year.