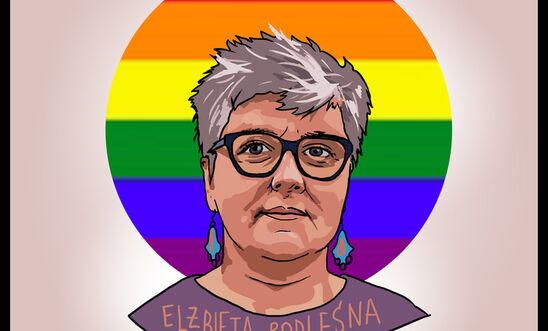 Three Polish human rights activists have been acquitted today of charges of “offending religious beliefs” after they pasted up posters depicting the Virgin Mary with a halo in the rainbow colours of the LGBTI pride flag.

The Polish authorities had alleged that posters the three pasted up in various public places in the city of Plock on 29 April 2019 were “offensive”, accusing the three of “publicly insulting an object of religious worship in the form of this image which offended the religious feelings of others”.

The Polish authorities arrested and detained Elżbieta Podleśna in 2019 after she embarked on a trip abroad with Amnesty. The authorities opened an initial investigation against her in May 2019, and in July last year they charged all three activists, including Anna Prus and Joanna Gzyra under Article 196 of Poland’s criminal code, which gives the authorities broad powers to prosecute and criminalise individuals.

“The charges should never have been brought against these women and it’s absolutely the right decision that they have been acquitted.

“They had risked up to two years in prison simply for standing up for LGBTI rights in a climate of hate and discrimination in Poland.

“Targeting activists with such absurd and unfounded charges is part of a much wider pattern of harassment and intimidation of human rights activists across Poland.

Last November, Amnesty’s Campaign Against Homophobia, Freemuse, Front Line Defenders, Human Rights Watch and ILGA-Europe sent a joint public statement urging the Prosecutor General to drop the charges and ensure that the three women were allowed to carry out their human rights work without harassment or reprisals.