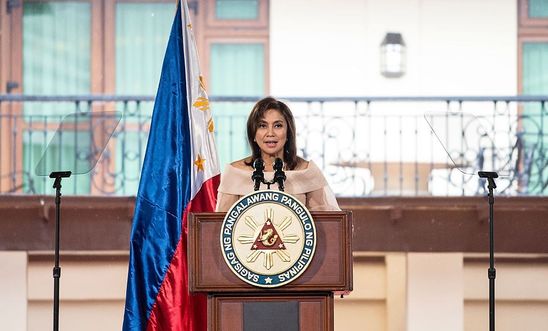 “Vice President Robredo used her position to demand bold and real reforms. Her proposals to end the government’s policy of widespread killings were never given a chance.

“Every week, more cracks appear in the Duterte administration’s murderous campaign against poor people. In only a few weeks, Vice President Robredo was able to confront the government with the staggering scale of its own crimes. That is why she was sacked.

“Vice President Robredo did not waste this opportunity. She has tried to save lives, and she has lifted the voices of brave Filipinos around the country who oppose this deadly policy.

“It is absurd for the government to accuse her of not delivering in under three weeks. Three years since taking office, President Duterte himself admits the drugs problem is only getting worse. Each day, the pressure is building for a new drugs policy based on health and human rights.”

On 24 November, Vice President Leni Robredo was fired from her role as co-chair of the Inter-agency Committee on Anti-illegal Drugs (ICAD), which she held alongside the chief of the Philippines Drug Enforcement Agency (PDEA).

She had been appointed on 6 November. In the weeks that she held the position, she demanded transparency and access to documents and intelligence reports. She also called on the government to address the policy of abusive drug watchlists and recommended the adoption of a health-based approach.

Thousands of people have been killed in a wave of state-sanctioned violence since the start of President Duterte’s presidency in 2016, many of which are extrajudicial executions.

In July 2019, Amnesty International published a report, “They just kill”: Ongoing extrajudicial executions and other human rights violations in the Philippines ‘war on drugs’ which documented how police commanders who previously supervised abusive operations in Manila were later transferred to Central Luzon and have continued to oversee a brutal campaign in the province. Amnesty considers that the killings reach the threshold of crimes against humanity.