Philippines: President must call a stop to 'open season' as nearly 2,000 killed in two months 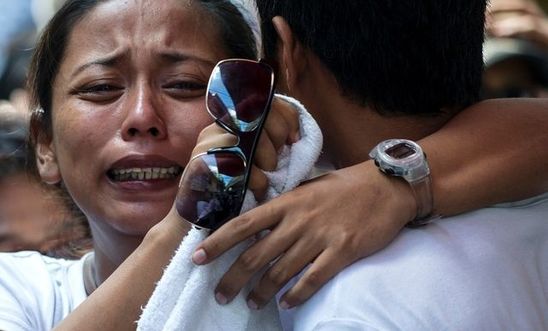 ‘This wave of unlawful killings will not rid the Philippines of drugs and crime, nor will it provide security for its people. Instead a climate of lawlessness and fear has taken hold of the country’ - Rachel Chhoa-Howard

The Philippines president, President Rodrigo Duterte, must withdraw his remarks inciting murder and violence and ‘call a stop to this open season’ Amnesty International said today following a disclosure by the Philippines Police Chief in which nearly 2,000 people were reported to have been killed since 1 July.

Philippine’s Police Chief Ronald dela Rosa announced that there have been at least 1067 killings by unknown vigilantes and over 712 killings by police in the Philippines since 1 July, the day after Philippine President Rodrigo Duterte entered office.

During his leadership campaign and since his inauguration, President Duterte identified the sale and use of illegal drugs as one of the main problems of the country and repeatedly and publicly made commitments to stamp out drug crime. He also called on law enforcement agencies “to double your efforts…triple them if need be…we will not stop until the last drug lord, last financier and last pusher have surrendered or put behind bars or below the ground if they so wish”.

Many of the killings which followed, as reported, clearly amount to extrajudicial executions.

“President Duterte must withdraw his remarks inciting violence immediately and call a stop to this open season.

“The president also has a duty to prevent further killings, and ensure accountability for those already unlawfully killed.

“This wave of unlawful killings will not rid the Philippines of drugs and crime, nor will it provide security for its people. Instead a climate of lawlessness and fear has taken hold of the country.”

During his statement to a recent inquiry, Chief dela Rosa said that the Philippines police were conducting investigations into at least 1067 killings, thought to have been committed by various groups associated with drug syndicates. The police chief also pledged that all allegations of murder and extrajudicial executions by police will be investigated. However, it is unclear if there will be independent oversight of investigations into such killings. Amnesty is calling on the Philippine authorities to ensure the establishment of an independent police complaints commission to be set up which is fully independent of and free from the influence of the Philippine National Police.

The Philippine authorities should also ensure the rights to life and health of people who use drugs are respected and protected by guaranteeing their access to health-related information and services on a non-discriminatory basis. Instead of inciting violence against people who have developed a dependency to drugs, the authorities should ensure they have access to medical care.

The heavy reliance on repressive policies and the use of force to control drug use and addiction across differing countries has not led to a decreased use of drugs over the years, as found by the United Nations Office on Drugs and Crime. Counternarcotic operations and other law enforcement practices based on the use of force and militarisation have had a counterproductive effect, heightening the associated risks and harms of using drugs, and increasing the levels of violence, human rights violations and abuses.