Philippines: ICC's new investigation into drug killings is 'a crucial moment' for justice 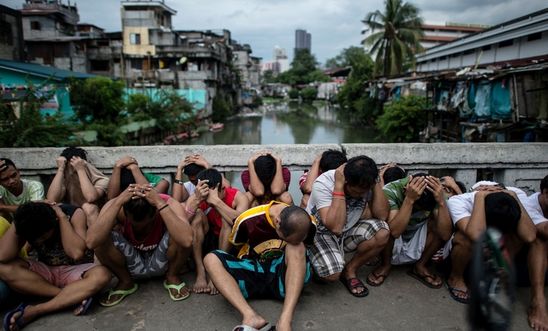 Lucky to be alive? Thousands have already been killed in the 'war on drugs' © NOEL CELIS/AFP/Getty Images

Since Duterte launched a nation-wide ‘war on drugs’, thousands of alleged drug offenders have been killed in a massive wave of extrajudicial executions

Responding to today’s news that the prosecutor of the International Criminal Court will open a preliminary examination into the “war on drugs” in the Philippines, James Gomez, Amnesty International’s Director of Southeast Asia and the Pacific, said:

“Today’s announcement marks a crucial moment for justice and accountability in the Philippines and offer a glimmer of hope to victims of the shocking atrocities committed in the government’s so called ‘war on drugs’.

“The crimes that have been committed since President Duterte took office meet the threshold of crimes against humanity. Unfortunately, the Philippines authorities have shown themselves both unwilling and unable to bring the perpetrators to justice, and the real hope for victims now lies with the ICC.

“This announcement is a warning to leaders around the world that those who order or incite crimes against humanity including murder will not be able to get away with it, and will be subject to investigation under international law.”

Earlier today, Fatou Bensouda, Prosecutor of the International Criminal Court, announced that the court is opening a preliminary investigation into the situation in the Philippines.

Earlier calls on the ICC

In January 2017, and again in December 2017, Amnesty recommended that unless the Philippine authorities took key steps to end drug-related killings the ICC should open a preliminary examination into the crimes. Amnesty has also called for an immediate end to extrajudicial executions, plus an end to the incitement and encouragement of such killings by high-ranking officials, including the president. Amnesty also urged the authorities to launch an impartial and efficient investigation into all suspected unlawful killings. However, the Philippine authorities have so far almost completely failed to heed these calls.

In a January 2017 report ‘If you are poor you are killed’, Amnesty detailed how the Philippines police have killed - and paid others to kill - thousands of alleged drug offenders in a wave of extrajudicial executions that may amount to crimes against humanity.