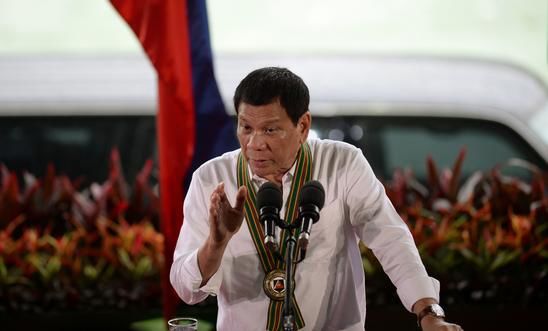 Responding to the guilty verdict handed to three policemen for the murder of 17-year-old Kian delos Santos in the Philippines, Nicholas Bequelin, Amnesty International’s Regional Director for East and Southeast Asia, said:

“Kian’s killing is emblematic of the horrors of the ‘war on drugs’, and this verdict further confirms that it is a brutal, murderous campaign that claims innocent lives.

“While welcome, this verdict does not go far enough. The first conviction of police officers in this deadly campaign has come far too late. While three officers have been found guilty, more should be held to account, including superiors that may bear responsibility for the thousands of killings and other human rights violations.

“Moreover, the fact that only three police officers have so far been convicted shows that the police cannot be trusted to investigate themselves. An independent body must be set up to independently investigate all killings perpetrated in the name of the ‘war on drugs’ and hold all involved responsible. In the absence of this, a UN investigation to complement the examination being carried out by the ICC is urgently needed.

“This case is just the tip of the iceberg – Amnesty and others have documented thousands more murders of mostly poor and marginalised people, including children like Kian. The body count continues to rise, and President Duterte’s chilling remarks about setting up death squads for another of his campaigns, against ‘communist insurgents’, will only worsen the culture of impunity that has come to pervade the country. All victims deserve justice, and this lawless, murderous campaign by the Duterte administration must end immediately.”

Killed in a wave of state-sanctioned violence

On August 16, 2017 Kian Loyd delos Santos was killed in a dark alley near his house in Caloocan City. The police reports claimed that during the raid, Kian Loyd delos Santos fired first shots, thus forcing the police to retaliate. However, witnesses and CCTV footage revealed how plainclothes officers dragged away the unarmed teenager and shot him dead at close range in an alleyway.

Thousands of people have been killed in a wave of state-sanctioned violence since the start of President Duterte’s presidency. In 2018, the International Criminal Court launched a preliminary examination of the crimes allegedly committed by the Philippine government in the context of the “war on drugs”.

Amnesty has repeatedly warned that President Duterte’s calls have created an environment where police, unknown armed gunmen believed to be linked to the police and the general population believe they have a free rein to kill with impunity. He has issued and publicised ‘kill lists’– names of people allegedly associated with using or trading drugs – and suggested that murder by police or civilian actors of people suspected of using and selling drugs will go unpunished.