Philippines: extension of martial law must not mean human rights are ignored 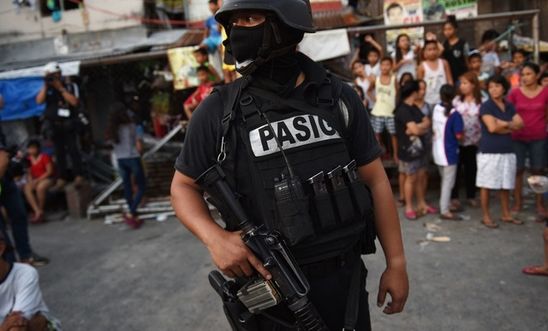 The Philippine Government must ensure that human rights are protected during its campaign against militants in Mindanao, Amnesty International said today (July 22), following the announcement that martial law will remain in place on the island.

President Rodrigo Duterte has today extended martial law in the southern island of Mindanao – which was first imposed on May 23, 2016 - for a further six months to December 31, 2017. Since May 23, the Philippines armed forces have battled against the Maute group, which has pledged allegiance to the armed group calling itself the Islamic State, in Marawi City, the capital of Lanao Del Sur province in northern Mindanao. The extension followed a vote by lawmakers at a special joint session in Congress.

“Ongoing martial law in Mindanao must not mean that human rights take a back seat at a time when people need crucial protections more than ever. The Philippines armed forces must show the utmost restraint to ensure that civilians are safeguarded during operations in Marawi.”

Lawmakers should also take the lead in ensuring that the armed forces and state institutions are held accountable for their actions throughout the imposition of martial law.

While the total death toll from the fighting is still unknown, hundreds of people have been killed, including dozens of civilians trapped in areas of Marawi under Maute control.

“The continued imposition of martial law by an administration which has been involved in large-scale human rights violations is worrying, to say the least. The bloody abuses we have seen, especially against poor and marginalised people, during President Duterte’s ongoing ‘war on drugs’ must not be replicated in Mindanao.

“Any reports of human rights violations must be investigated and those responsible, irrespective of rank or status, held to account, regardless of what side they belong to. Impunity cannot become the norm.”

As fighting has continued in Marawi City, more than 200,000 people have been forced to flee their homes since the fighting began in May. While the government has set up displacement camps and funnelled in aid, there is a risk that with prolonged displacement, the humanitarian situation will worsen.

“The Philippines authorities’ efforts to provide aid to those displaced have been commendable, and must continue as people try to return to their homes and rebuild their lives. The government should frequently reassess the situation, so that martial law is repealed as soon as is possible. The government should also lift the suspension of the key right of habeas corpus, which may never be derogated from, even in times of emergency.”