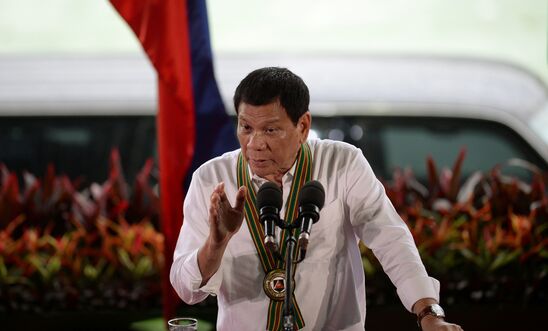 “Under Duterte’s presidency, even the mildest government critics can be labelled terrorists.

“This administration has effectively crafted a new weapon to brand and hound any perceived enemies of the state. In the prevailing climate of impunity, a law so vague on the definition of ‘terrorism’ can only worsen attacks against human rights defenders.

“The approval of this law grants the government excessive and unchecked powers. Legislation aimed at ‘countering terrorism’ must ensure respect for international human rights and humanitarian law and protect basic liberties.

“This law’s introduction is the latest example of the country’s ever-worsening human rights record. Once again, this shows why the UN should launch a formal investigation into ongoing widespread and systematic violations in the country.”

Earlier today, President Duterte signed into law the Anti-Terrorism Act of 2020, which replaces the Human Security Act of 2007. Amnesty has called on the Philippine government to reject this legislation on the grounds that it contains dangerous provisions and risks further undermining human rights in the country.

The Act defines terrorism as:

•           Engaging in acts intended to cause death or serious bodily injury to any person or endangers a person’s life;

•           Engaging in acts intended to cause extensive damage or destruction to a government or public facility, public place, or private property;

•           Engaging in acts intended to cause extensive interference with, damage, or destruction to critical infrastructure;

•           Releasing dangerous substances or causing fire, floods or explosions when the purpose is to intimidate the general public, create an atmosphere to spread a message of fear, provoke or influence by intimidation the government or any international organization, seriously destabilize or destroy the fundamental political, economic, or social structures in the country, or create a public emergency or seriously undermine public safety.

Under the law, persons who propose, incite, conspire, and participate in the planning, training, and facilitation an offence under the act, as well as those who provide support to ‘terrorists’ as defined under the act, or recruit members of a ‘terrorist organisation’, could face life imprisonment without parole.

The law also punishes the following offences with 12 years’ imprisonment:

The law allows suspects to be detained without a judicial warrant of arrest for 14 days and can be extended by 10 more days, and placed under surveillance for 60 days, that can also be extended by up to 30 days, by the police or military.