Philippines: Convictions for Ampatuan massacre a 'critical step towards justice' 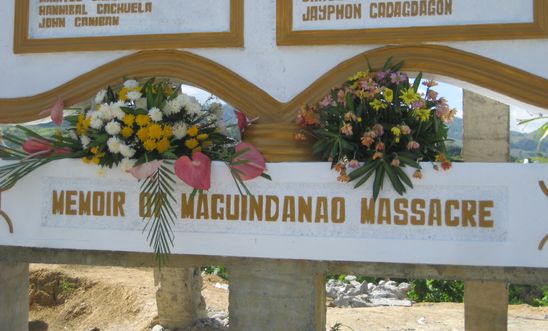 Responding to today’s conviction of members of the Ampatuan clan and others involved in the ‘Ampatuan massacre’ in the Philippines in 2009, Nicholas Bequelin, Amnesty International Regional Director, said:

“The conviction of the principal accused and several others is a critical step towards justice for victims of one of the worst killings of journalists in history.

“After 10 years - and a judicial process stalled under three presidents - this decision has been long in the making. A decade is too long for the families of the bereaved, as justice delayed is justice denied.

“Even with these convictions, the families’ search for justice remains far from over. Some 80 other people accused have yet to be arrested. The government must take steps to find and prosecute all those suspected to have taken part in the massacre.

“The number of witnesses murdered during these grindingly slow judicial proceedings adds to the appalling culture of impunity and injustice surrounding this case. This has been another blow for families of the 58 victims. Today’s court decision shows that the wheels of justice keep on turning. Suspected perpetrators of human rights violations will be held to account.

“The Philippines is one of the deadliest countries in the world for journalists, with at least 15 journalists killed just this year in attacks believed to be related to their work. The government must ensure the security and safety of journalists in the country and prosecute those behind the killings. They must also dismantle private armies that underpin the power of political clans.”

On 23 November 2009, 58 people – including 32 journalists and other media workers – were killed when a convoy came under attack by more than 100 armed men, allegedly including members of the police and the military.

The tragedy occurred ahead of the 2010 national elections. The convoy had been travelling through the southern province of Maguindanao, considered territory of the powerful Ampatuan clan. It was on its way to file candidacy papers for Esmael Mangudadatu, who opposed Andal Ampatuan Junior, son of then-governor Andal Ampatuan Senior.

Trials in the civil and criminal cases are ongoing at a Quezon City Regional Trial Court. However, there have been several delays and setbacks and most of the court proceedings have been bail hearings. The families of the victims have also called on the National Police Commission to dismiss police officers allegedly involved in the assault.

Witnesses to the massacre and their families have since faced attacks and some have been killed. Dennis Sakal and Butch Saudagal, both of whom were expected to testify against the primary suspects in the massacre, were gunned down by unidentified men in Maguindanao on 18 November 2014, killing Sakal. Alijol Ampatuan, who according to prosecutors was willing to identify suspected perpetrators, was shot at close range in February 2012. Esmail Amil Enog, who testified in court that he had been a driver for gunmen implicated in the massacre, was found chainsawed into pieces after disappearing in May 2012. No-one is known to have been held accountable for these killings.