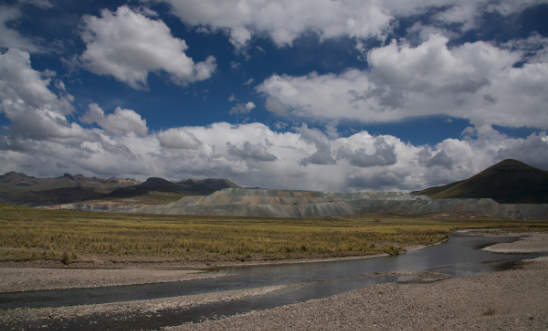 The government of Peru is failing to protect members of the Indigenous K'ana People’s communities in Espinar who are exposed to mercury, lead, arsenic, cadmium and other toxic metals, said Amnesty International today (18 May).

For years, people affected have complained about disease, pollution, lack of safe clean water and medical care, yet the response from the Peruvian authorities has been slow and inadequate.

Blood and urine samples were collected from 150 volunteers from the communities. The results showed that 78% (117 people) of samples contained dangerously high levels of metals and toxic substance, representing a severe risk to their health.

Findings from the report

The report also documents other problems that the communities are exposed to, such as environmental pollution as well as lack of access to drinking water and an adequate standard of living.

The Ministry of Health (MINSA) established that by 2020 more than 31% of the population were at risk of exposure to heavy metals and other chemical substances, more than 20% to metalloids such as arsenic and more than 6% to hydrocarbons.

Gerson López, a 22-year-old merchant from the Alto Huancané community suffers from nausea, vomiting and frequent cramps in his hands and feet and his family suffers from rare diseases that doctors have not been able to explain. Gerson said:

“The government has not helped us at all – they have forgotten about us. We are asking for health and respect for the environment. I want to make the most of my life because I only have one life.”

“The evidence is clear - communities in Espinar are facing a health crisis that requires an urgent and robust response from the government.

“The authorities must act now to ensure communities have access to healthcare.”

“Espinar is experiencing a double health crisis today, due to the pandemic and pollution.

“People living with metals and toxic substances in their bodies should not be the norm. This is a situation that must be resolved without delay and with a guarantee that it will not be repeated.”

The Peruvian government has denied the communities of their right to health by failing to monitor and treat the health problems of people affected.

They have also failed to address the right for people to know the cause of the contamination, how metals and toxic substances have entered their bodies and what the plan for mitigation and redress is to ensure that this does not happen again.

On 30 December 2020, the Cusco Superior Court issued a final judgment, which is not subject to appeal, ordering MINSA to design and implement a Public Health Strategy for the Health Emergency in Espinar related to exposure to metals and toxic substances.

No response from the government

On 20 April 2021, Amnesty sent the results of the research to the President of the Council of Ministers and MINSA, giving them a chance to respond. To date, no response has been received.