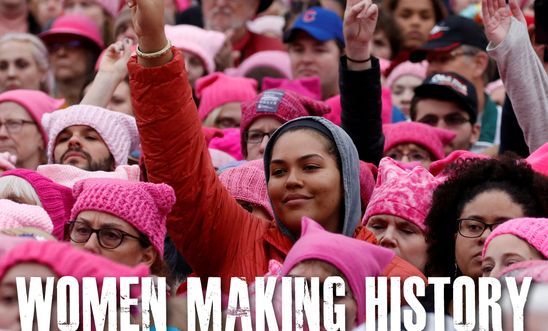 Amnesty International is to host a one-day festival – Women Making History: #StillMarching – to celebrate the power of women standing together for human rights.

On Sunday 20 May, between 10am-10pm, Amnesty will host a varied programme of panels, debates, performances and workshops, including a Wikipedia edit-a-thon to increase the public profile of women human rights defenders.

In the 100th anniversary year since some British women first won the right to vote, Amnesty’s ‘Women Making History’ festival celebrates the incredible changes brought about by women today and of the past, bringing together the voices of all women who are working to campaign for change.

Backed by Wikipedia, the festival will play host to the UK strand of a global edit-a-thon that weekend to create, edit and add to Wikipedia pages on women human rights defenders.

“There has never been a more important time for women to use our voices for change and to recognise the incredible work of women now and in the past.

“One hundred years later, women around the world are still campaigning for progress. Every day they continue to harness their loud and passionate voices to empower communities, protect the vulnerable and create a fairer, more equal world.

“Our festival will celebrate the amazing work of women human rights defenders in the UK and around the world, and pay tribute to the women whose work is all too often unrecognised. Join us for a day that is sure to make history.”

The ‘Women Making History’ festival and Wikipedia edit-a-thon forms part of Amnesty’s wider Brave campaign that seeks to highlight the dangers facing human rights defenders around the world and afford them better protection.