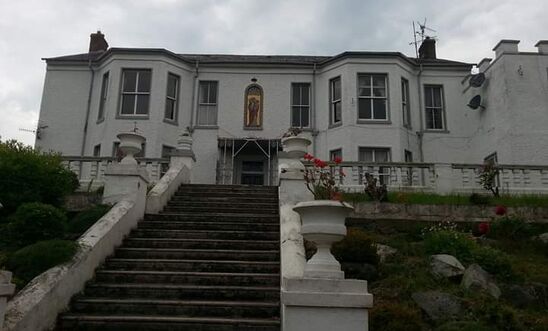 ’Victims have a right to both truth and justice. We must not repeat the mistakes of past inquiries’ – Patrick Corrigan

Amnesty International and Ulster University have launched a series of online events to help survivors of Mother and Baby and Magdalene Laundry institutions in Northern Ireland to design a public inquiry into abuses they suffered.

The first in the series of events went online today (Monday), with others to follow in subsequent weeks, sharing the experiences of victims and experts from other abuse inquiries in Northern Ireland, the Republic of Ireland and internationally.

Organisers, Amnesty’s Patrick Corrigan and Professor Patricia Lundy of Ulster University, say they hope the events will help survivors to learn from the mistakes of past inquiries when designing the new investigation process into Mother and Baby institutions in Northern Ireland.

Speaking at the first event Professor Patricia Lundy of Ulster University, will reveal that no prosecutions followed the Historical Institutional Abuse Inquiry (HIA), despite 190 complaints of criminal activity being passed to the PSNI and 77 files being passed to the Public Prosecution Service (PPS).

The figures come from Freedom of Information requests filed by Professor Lundy and Patrick Corrigan, joint organisers of the events planned for survivors of Mother and Baby and Magdalene Laundry institutions in Northern Ireland.

“Our research shows that the HIA Inquiry referred 190 criminal complaints to the PSNI, from which 77 cases were reported to the PPS for consideration. However, we understand that no prosecutions have resulted.

“In designing the inquiry into Mother and Baby institutions, it will be important to build in a real prospect of criminal prosecution if that is where the evidence points.”

“Survivors have a right to both truth and justice. Yet, despite a 2300-page report from the HIA Inquiry detailing a litany of crimes and human rights abuses, victims got precious little justice.

“This new series of events will help survivors of mother and baby homes institutions in their work of co-designing the investigation into the abuses they suffered. We must not repeat the mistakes of past inquiries.”

Amnesty International and Ulster University’s online events will feature survivors and other experts from abuse inquiries in Northern Ireland, the Republic of Ireland, Australia and Canada. All events will be available to view online at: amnesty.org.uk/motherandbabyinquiry