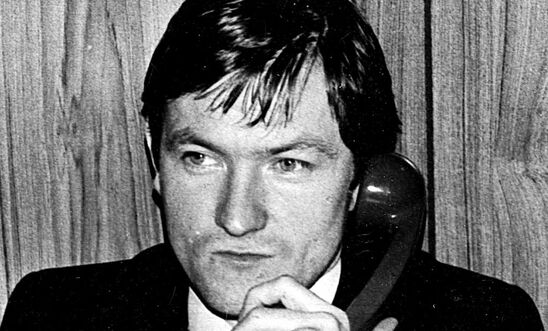 Amnesty International condemned the Government’s ‘shameful’ decision to deny the family of murdered solicitor Patrick Finucane a public inquiry into the circumstances of his killing, as the organisation warned the move would undermine confidence in the rule of law.

Mr Finucane, 39, was shot in front of his family in 1989 by loyalist paramilitaries acting in collusion with the British security forces. Amnesty has supported the Finucane family’s quest for accountability ever since.

In February last year, the Supreme Court ruled that investigations into the fatal shooting of the solicitor have not been effective and fell short of international human rights standards.

“The Government’s shameful refusal to open a public inquiry into the murder of Pat Finucane does a terrible injustice to his family and will further undermine public confidence in the rule of law.

“Passing the buck to the police in Northern Ireland, when its predecessor, the Royal Ulster Constabulary, was deeply implicated in the Finucane case, is beyond farce.

“This decision will add fuel to the fire of suspicion that there is and continues to be a sinister cover-up of the full extent of official involvement in this murder.

“Given the profound failures to investigate that were identified by the Cory Collusion Inquiry, the European Court of Human Rights and the UK Supreme Court, it is an utter disgrace that this Government has joined the ranks of its predecessors in shirking their duty to the Finucane family and to justice.

“Mr Finucane’s family had to live through the horror of witnessing his death, a killing organised in partnership with the State, and they continue to suffer at the Government’s hands in being denied the truth.”

Patrick Finucane, a prominent criminal defence and civil rights lawyer, was shot 14 times by loyalist paramilitaries at his Belfast home on 12 February 1989. The attack took place in front of his wife and three children.

The Ulster Defence Association/Ulster Freedom Fighters (UDA/UFF) claimed responsibility for the attack. Since then, however, extensive and compelling evidence has emerged which shows that security personnel colluded with loyalist paramilitary groups in his killing.

In 2011, the UK government ordered a paper-based review of the available evidence by Sir Desmond de Silva QC. The de Silva report identified a number of ways in which the state and its agents colluded in the Finucane killing, including: leaking information to loyalist paramilitaries, amongst them the UDA; failing to act on information that Finucane was under threat of attack by loyalist paramilitaries; playing “key roles” in the actual killing, including by facilitating access to the murder weapon; refusing to investigate, arrest and prosecute UDA operatives at the time, despite evidence of their criminality; and covering up collusion in the killing for more than two decades.

In December 2012, then Prime Minister David Cameron acknowledged “shocking levels of state collusion” in the killing of Patrick Finucane and apologised publicly to the family.

Notwithstanding these acknowledgments, the UK Government has continued to refuse to allow a public inquiry into the killing.