Northern Ireland: immunity from prosecution plan is 'insult to victims' 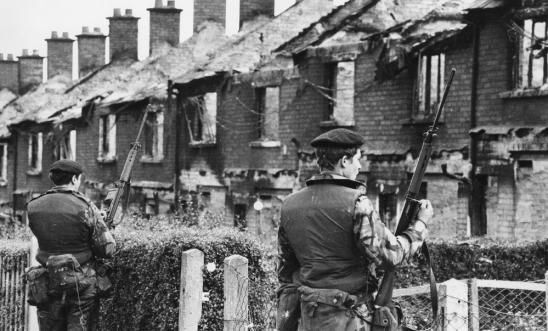 Amnesty International has warned that any UK government plan to deal with the past in Northern Ireland must not grant immunity from prosecution for human rights abuses committed during the years of conflict.

“No-one can be above the law and beyond accountability.

“The UK government appears determined to close down paths to justice.

“This reported plan is an insult to victims on all sides and the latest gross betrayal of victims who remain determined to seek the truth, justice and accountability to which they are entitled.

“We urge the Government to abandon this offensive plan and revert to the UK’s commitments to deliver mechanisms capable of vindicating the rights of victims.”

The proposals have been condemned by Michael O’Hare, brother of Majella O’Hare, a 12-year-old girl shot dead by a British Army soldier in 1976.

On 14 August 1976, Majella O’Hare was on her way to church with a group of friends in the Armagh village of Whitecross. They walked past an army patrol and, when she was about 20 or 30 yards beyond it, a soldier shot her dead with his machine gun. In 2011 the Ministry of Defence apologised for the killing, but no-one has ever been held accountable for it.

Michael O’Hare, supported by Amnesty International UK, is calling for an independent investigation into the killing of his sister.

“Our Majella was taken from us, at the tender age of 12, by bullets from a soldier’s machine gun.

“Thirty-five years after her death, the MoD sent us a letter of apology. Yet, no-one has ever been held accountable. There has not even been a proper investigation, never mind a prosecution. Now Boris Johnson is planning to forever deny our family any chance of justice.

“No way. I will fight on for Majella. She should still be with us. The least she deserves is justice.”

Media reports on UK government plans for the Queen’s Speech suggest it intends to renege on commitments made in the Queen’s Speech in December 2019, and the New Decade New Approach Agreement in January 2020, to legislate for the 2014 Stormont House Agreement and its mechanisms which, with some further work, would meet the UK’s human rights obligations and bring an end to the current piecemeal approach to dealing with the past in Northern Ireland.