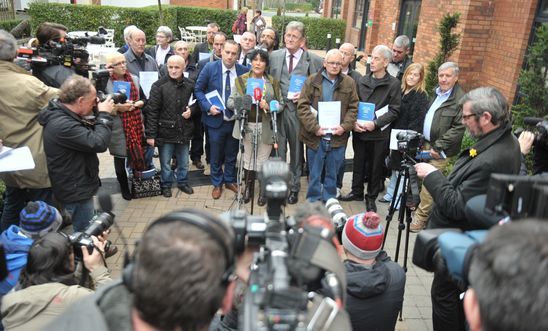 Approximately 5,000 people may be eligible for compensation in recognition of institutional abuse suffered in care homes

Amnesty International has welcomed the passage of the Historical Institutional Abuse (Northern Ireland) Bill through all stages in Parliament today.

The bill passed all remaining legislative hurdles in the Commons today after the House of Lords agreed it on Thursday.

The legislation will establish a compensation scheme for victims of historical institutional abuse in Northern Ireland. It is estimated that approximately 5,000 people may be eligible for payments ranging from £10,000 to £100,000, depending on the nature of the abuse they suffered as children in care homes in the region.

Amnesty has campaigned alongside abuse victims since 2010, first to establish a public inquiry and subsequently to create a redress scheme for survivors and family members.

“This is a historic day in the long campaign for justice for the many victims of child abuse in Northern Ireland.

“We salute the victims and survivors who have courageously led this campaign, who have told their stories and brought their calls for justice to the heart of government.

“We have been proud to campaign alongside them over many years to bring this day to pass.

“Politicians of all parties in Northern Ireland and in Westminster deserve thanks for their support. But it is the survivors themselves who deserve the credit for winning this measure of justice for the thousands who were so horrifically let down as children.”