Northern Ireland: Government must not legislate for impunity through new statute of limitations 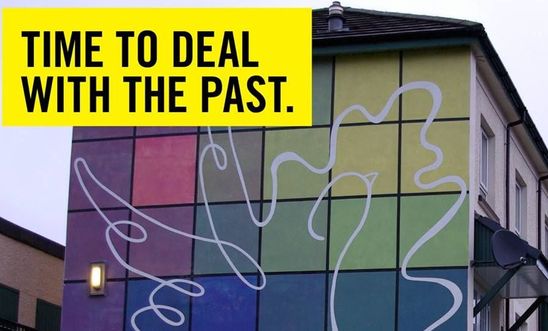 Amnesty International has called on the UK Government to reject the idea of a statute of limitations to block the investigation of alleged crimes committed by soldiers and other security forces personnel in Northern Ireland.

The call comes in response to a statement by Sinn Féin leaders, following a meeting with the Prime Minister Theresa May, that the UK Government intends to include a statute of limitations ‘covering all Troubles-related incidents’ for members of the security forces in a new section in their impending consultation on the Stormont House Agreement Bill.

Amnesty said that any ‘statute of limitations’ imposed to block investigations for killings and torture carried out by members of the UK armed services during three decades of political violence in Northern Ireland would be an utter betrayal of victims’ fundamental rights to justice.

The idea of a time bar on investigations of crimes committed by soldiers during the Northern Ireland conflict appears to be gaining ground in Westminster. Such a move would in effect be the granting of a blanket amnesty for human rights abuses committed by former members of the security forces in Northern Ireland and would be an utter betrayal of victims’ fundamental right to justice. Any such move by the UK Government would fly in the face of international human rights standards and perpetuate impunity.

All victims of killings and other human rights violations and abuses from Northern Ireland’s recent past have a human right to proper independent investigations, with the possibility of prosecutions to follow where the evidence leads. This is true, whatever the identity of the victim and whatever the identity of the perpetrator. Any attempt at political interference with that fundamental principle debases natural justice and would be in breach of the UK’s international human rights commitments.

In a report published in April, the Defence Committee recommended: “…the enactment of a statute of limitations, covering all Troubles-related incidents, up to the signing of the 1998 Belfast Agreement, which involved former members of the Armed Forces.” The Committee report went on to say: “… we would encourage the next Government to extend this provision to include former members of the Royal Ulster Constabulary and other former security personnel.”

Amnesty has previously found that the patchwork system of investigation that has been established in Northern Ireland has proven inadequate for the task of establishing the full truth about human rights violations and abuses committed by all sides during the three decades of violence. Amnesty is calling for a comprehensive mechanism to be set up to review the conflict as a whole, establish the truth about outstanding human rights violations and determine responsibility.