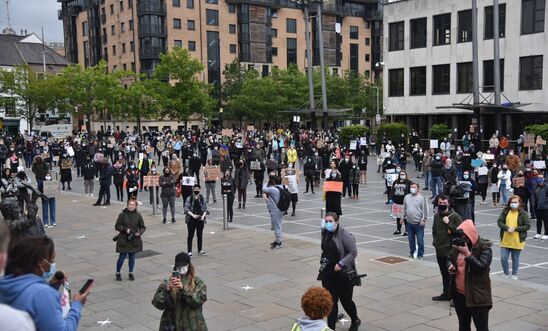 Responding to reports that the Police Ombudsman of Northern Ireland is investigating a complaint from a member of the public who was involved in a Black Lives Matter (BLM) protest at Guildhall Square, Derry-Londonderry last year, Patrick Corrigan, Northern Ireland Programme Director of Amnesty International, said:

“We welcome this investigation by the Police Ombudsman.

“It is clear from their previous investigation into the policing of the Black Lives Matter protest in Belfast and Derry-Londonderry that the police acted in a way which was ‘unfair’, ‘discriminatory’ and paid mere ‘lip service’ to human rights.

“It is crucial to establish whether the difference in approach to policing the BLM protest amounted to racial discrimination.

“We encourage organisers of the BLM protests in both cities to bring evidence forward to the police Ombudsman to inform this investigation.

“There must be a fundamental reassessment of how the PSNI approaches the right to protest and to the necessary work of rebuilding their badly damaged relationship with Northern Ireland’s Black and Minority Ethnic communities.”