Northern Ireland: Amnesty welcomes mounting pressure on Theresa May to act on abortion 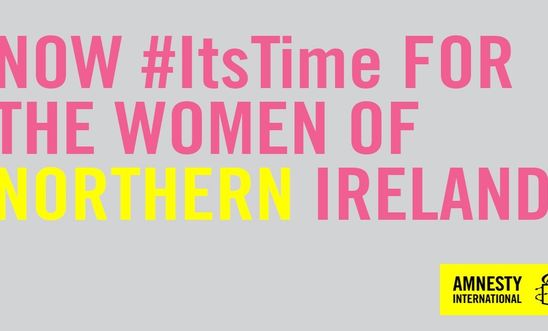 Responding to news that the Labour party is calling on the Government to legislate for abortion reform with Labour’s Shadow Minister for Women and Equalities, calling the current legal position an ‘injustice’, Grainne Teggart, Northern Ireland Campaigns Manager for Amnesty International, said:

“Amnesty welcomes Labour’s call on the Government to act to reform Northern Ireland’s abortion law. This adds to the mounting pressure on Theresa May since Ireland’s referendum result.

“The UK government cannot continue to sustain a situation where women in Northern Ireland are treated as second class citizens.

“Devolution is no justification for the denial of women’s rights and it does not relieve the UK Government of their responsibility to ensure that women’s right to abortion is upheld. A failure to act would make Theresa May’s Government complicit in the harm and suffering of women caused by Northern Ireland’s restrictive abortion laws.

“Women in Northern Ireland now face the absurd situation that they may soon board trains to the Republic of Ireland as well as planes to the rest of the UK but are denied the right to free, safe and legal abortions at home.

“Successive opinion polls have shown that a majority of people in Northern Ireland favour change which includes the decriminalisation of abortion.”

Women and girls in Northern Ireland still face some of the most restrictive abortion laws in the world, which carry the harshest criminal penalties in the whole of Europe. The UK Government has the power and responsibility to bring Northern Ireland abortion law in line with human rights standards, said Amnesty.

Amnesty UK has issued an urgent call on the UK government to legislate so that women in Northern Ireland can enjoy the same levels of care, dignity and respect as

those in the Republic of Ireland and the rest of the UK.

The law in Northern Ireland dates back to 1861 and makes abortion illegal in almost every circumstance – including cases of rape or fatal foetal abnormality. Hundreds travel every year to other parts of the UK for abortion services and many others go online to buy abortion pills, risking prosecution for doing so.