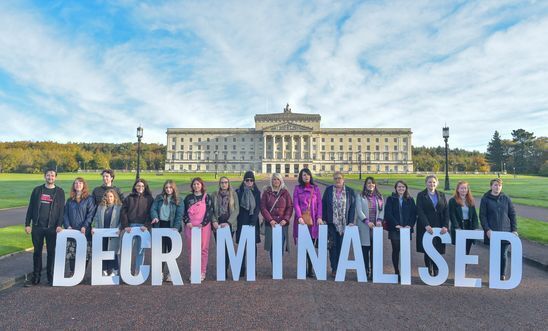 “We urge the Secretary of State not to delay. Those in need of abortion healthcare have waited long enough.” – Grainne Teggart

Amnesty International has welcomed the passage of regulations at Westminster to give the Secretary of State for Northern Ireland powers to direct the commissioning of abortion services.

The House of Lords passed the regulations this afternoon, following a 431 to 89 vote by MPs yesterday.

“Westminster has once again moved to vindicate the rights of women and girls in Northern Ireland, where Stormont has sought to deny them. The message is very clear - abortion services must be commissioned without further delay.

“Stormont’s failure has meant this further action at Westminster is necessary to ensure abortion rights are realised here.

“The Health Minister has had ample opportunity to do his job and provide access to lawful abortion services for all who need them. This is his last chance.

“We urge the Secretary of State not to delay unnecessarily in ending this unacceptable denial of healthcare. Those in need of abortion healthcare have waited long enough.”